MUSLIMS WHO TURN TO JESUS NEED YOUR HELP 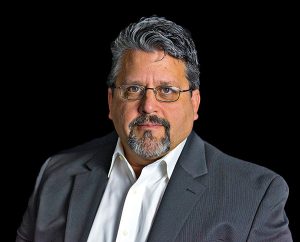 Jeff King grew up in an atheist/agnostic home in Washington, DC. At age 23, after reading the Bible on his own for 10 years, he came to Christ through the faithful witness of believers he met as he walked from one bar to the next.

Jeff refers to himself as a radical pagan who became a radical for Christ.

Jeff graduated from the University of Maryland with a degree in Finance and took up work in corporate and mortgage banking.

In 1992, the Lord led Jeff to join the staff of Campus Crusade for Christ International and work with Co-Mission, a coalition of ministries and churches whose goal was to reach Russia after the breakup of the Soviet Union. He helped Co-Mission recruit thousands of believers for short-term mission trips and/or one-year stints as missionaries, working with Russian teachers. The ministry trained more than 40,000 teachers to teach Christian Morals and Ethics, a curriculum specifically designed for Co-Mission. Many of these teachers still use the curriculum today.

Jeff helped found Campus Crusade’s Macedonia Project in 1997 and served until 2002 as Director of Marketing and Promotion. The ministry trained U.S. Christians to spread the gospel to unreached people groups around the world.

The Lord used a dream in the fall of 2002 to call Jeff to the mission and work of ICC.

Jeff has traveled to approximately 50 nations around the globe. His inspiring stories and incredible life experiences, combined with his passion for the persecuted, make him an energetic and compelling speaker.

If you are interested in scheduling Jeff King at your church, conference, or special event, visit our Speaker Request page.

Yemen at War, Christians in Peril
By Linda Burkle, PhD A web... more