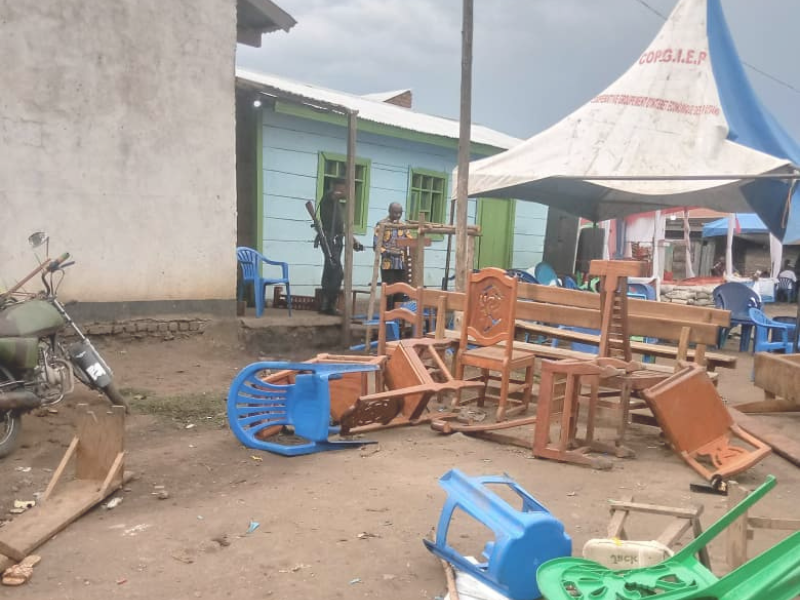 One of the first responders, a pastor of a nearby church, reported the attack to International Christian Concern (ICC).

“The church next door has been attacked,” he said. “We heard a loud blast while in the middle of our service and dashed out to see what was going on. The area was chaotic since the believers were screaming, and smoke filled the whole place. We stopped what we were doing and came here to help. We knew it was an attack, so we carefully approached the scene.”

He continued, “Limbs and other body parts are scattered everywhere as more dead bodies are being retrieved from the rubble. Many people have been injured, and they are being evacuated. We are not able to ascertain how this attack happened or how many Christians have been killed, but I can confirm that this is a gruesome terrorist attack.”

A survivor spoke to ICC, saying, “The attack was the last thing we ever thought would happen in our church today.”

Volunteers informed us that dozens of injured survivors were admitted to different hospitals in Kasindi.

“The scene of the incident has been cordoned off to allow experts to save more lives and calm the survivors, but we are moving between hospitals to help where we can. So far, 15 people have been confirmed dead, and several are in critical condition. Others do not have legs and hands. We aren’t sure if they will survive,” said the local pastor.

Over the years, Kasindi, a town near the Uganda border in the Eastern region of Nord Kivu, has never been hit by insecurity posed by the Congolese Islamic rebels, the Allied Democratic Forces (ADF), due to the highest presence of security officers.

The Community of Pentecostal Churches in Central Africa (CEPAC) was gathering for the New Year’s prayer meeting and baptism of 60 new converts.

“We are in deep shock and confusion,” said one survivor. “We were on our third and last day of the New Year’s prayers and service to witness the baptism of sixty new Christians from our different branches. The church was filled to capacity, and others were seated outside. I survived because I was sitting on the other side of the congregation, right opposite the side where the bomb exploded. It threw the people up and sideways and killed about ten people on the spot.”

The Anglican archdeacon and the leader of the pastor’s fellowship in Kasindi, Reverend Kasereka, consoled with the victims and families that lost dear ones, urging Christians in Kasindi to remain calm and vigilant as the government fights the terror meted by the rebels that hate God and Christianity.

He said, “This has happened when we least expected it, but it is a reminder that the enemy lives within us and we need to remain in prayer and hold unwaveringly to the hope we have in Christ.”