Murder in the Congo 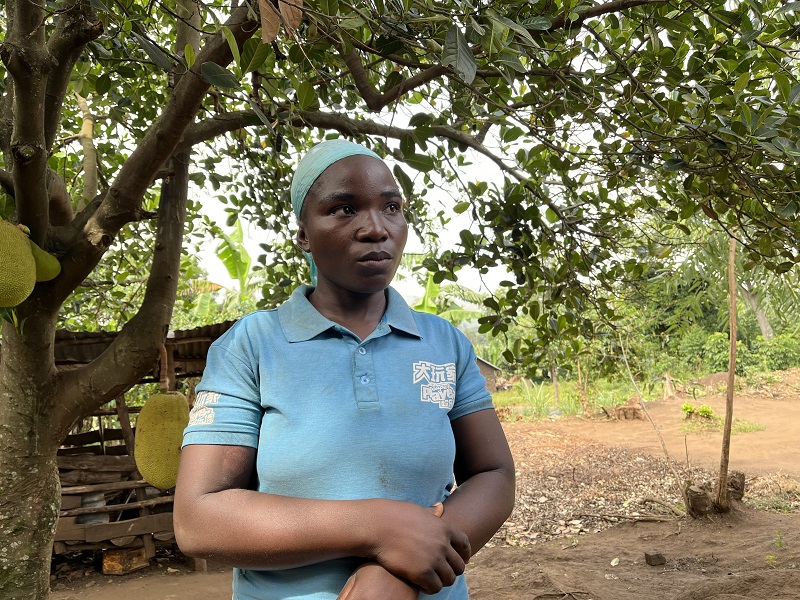 01/12/2023 Washington D.C. (International Christian Concern) – On March 20, 2022, Kahindo, 25, and her two-year-old daughter, Nuela, were captured from their vil­lage by the Allied Democratic Forces (ADF), an Is­lamic extremist group operating in the Congo. Kahindo and her family are all Christians, as were much of the people from her village.

Following the ADF raid, during which her husband, two children, two brothers, and both of her parents were bru­tally murdered in front of her, Kahindo and her daughter were imprisoned by the militants at their camp in a nearby forest for more than three weeks.

This is a recounting of her story.

“They killed over 30 people in our small village in Luna. They said that they wanted to kill all unbelievers because they have defiled the call of Allah and the teaching of Mo­hamed.

My child and I are the only ones who survived. My two chil­dren were shot dead while escaping and I could also see their little bodies crumpled on the ground. I was lying next to my husband’s dead body, pretending to be dead as well.

I lay there for about 30 minutes as the rebels went on to kill my parents, brothers, and other villages.

I scooped the soil that was soaked in my husband’s blood, hoping to keep it as a reminder of him if I survived. They saw my body moving and they pulled me up from my hus­band’s body. They shouted that they had found a wife for their leader.

So, they took me and my child away to the forest. They abused me for days.

During the three weeks that they held us, we were not given any food. Desperate, I took the dirt soaked in my husbands blood and mixed it with wild green leaves. This is what my child and I ate to survive. We had no water, but we could trap some with our hands when it was raining.

There were many of us being held at the camp in the forest. Those who did not cooperate were being shot dead or slaugh­tered. They were speaking Arabic words as they slaughtered them—one of them was taking a video. We were forced to sleep on dead bodies.

When the army attacked the rebel camp, they were shooting all over and two bullets barely missed me. They scratched my right hand as I ran for my life and the life of my child. I escaped from my captors and fled the battling forces.

I found more dead bodies along the way. They were people who had been killed by the rebels.

I walked for five days until I reached Kasindi where I was reg­istered as a refugee. I was tired and had given up. I even con­templated ending my life to be in heaven with my husband, my children, and my family members.

It is not easy to lose all family members in one attack, and you can only wish to die and escape from this ugly reality.”

In March 2022, ICC stepped in to rescue Kahindo and her daughter Nuela. ICC set them up in a safe home and helped her start a small grocery business at the local market.

“Thank you, I now have a shop of my own. Today we will be sleeping in our own home, cook our own food, and sleep in our own bed. By running a grocery stall in the market, I will now be able to provide for myself and my child. Thank you, ICC, for visiting me and organizing my resettlement and em­powerment in a very short time.

My child and I are now starting to see life from a different perspective. We see the Lord as the Shepherd for all people and gracious to the widows and the orphans. We are slowly coming out of the bondage of emptiness after so much loss.

This has been made possibly by you together with other Christians who have been praying for us after hearing our story.”

We can never erase the evils of persecution, but we can act as Simon and help them carry their crosses.

Kahindo’s shop has become very successful and she often turns over all her inventory. She continues to heal from her physical and emotional scars.

Kahindo remains hopeful as she builds a future for her and her daughter.