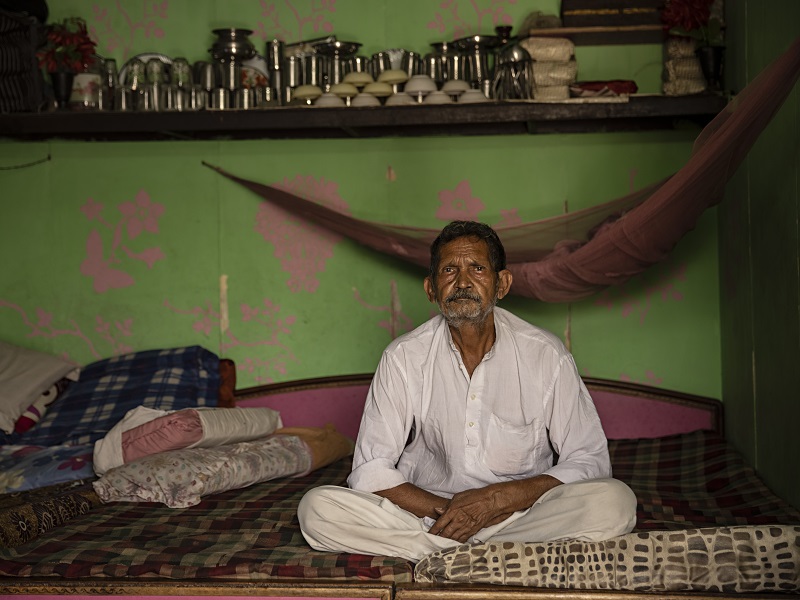 01/09/2023 Washington D.C. (International Christian Concern) – The earth-toned walls echoed with the praises of believers lifting their voices to the Lord. Pastor Rajveer led his congregation in worship, when an eruption cut through the house. The group of radicals that had been threatening the congregation had finally followed through.

Led by none other than Pastor Rajveer’s brother, the group of Hindu radicals began tearing down the roof, setting things on fire, and physically beating members of the congregation. Then they turned their wrath toward the pastor.

Two men grabbed Rajveer’s wife and held her back and another group began kicking and punching Rajveer.

“Please, please, I beg you to stop this!” She pleaded. But the radicals ignored her and continued. When it was all over, Pastor Rajveer and his congregation were left with bruises and a broken home, but not a broken spirit.

The days and weeks following the attack, the congregation continued to face bullying and intimidation from the group of radicals that had just attacked them and destroyed their place of worship.

Through the difficulties, Pastor Rajveer continued his ministry to his congregation and community. He conducted a weekly prayer gathering in the church with the sky peaking through the half-demolished ceiling. Many nonbelievers saw his endurance and heard the word of God through his preaching.

The church began fasting and they prayed for God to provide them the means to rebuild their church. “We prayed by faith that God will help in rebuilding the house,” the pastor said.

ICC got in contact with Pastor Rajveer and his congregation and helped rebuild the church, which was also the pastor’s home. The attack could now be put behind them.

“ICC stood with us when we were lonely and discouraged, saying, ‘We are with you.’ Your support was a huge blessing to us and helped to rebuild the damaged house…In tough times, ICC’s support was so amazing, and we are very touched by their love and support.”

Once construction finished, the church had a thanksgiving meeting to give praise and thanks to the almighty God who had answered their prayers.

“We as a family are so thankful to God for ICC’s assistance in rebuilding the house that was completely in bad shape,” Pastor Rajveer said. “Now that the house was rebuilt, we as a congregation are meeting for worship in the house again.”