Hotspots on the Horizon 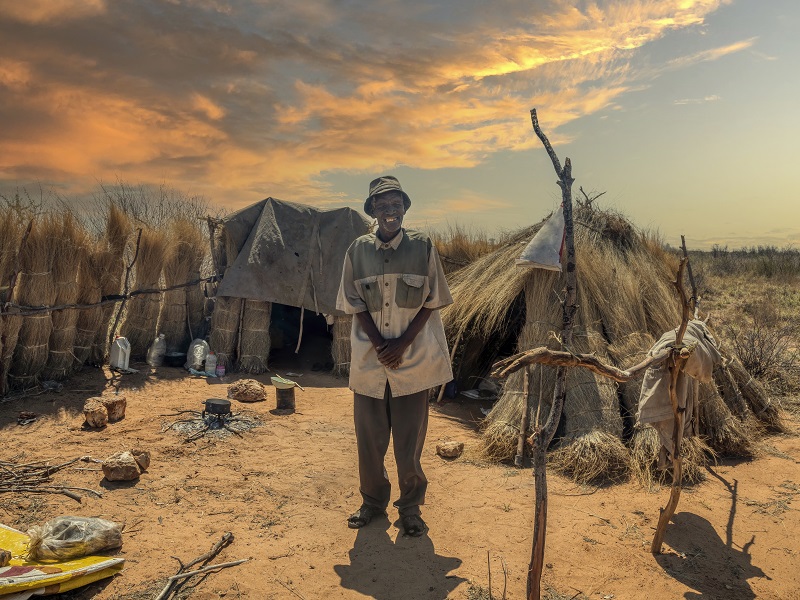 01/05/2023 Washington D.C. (International Christian Concern) – We recently sat down with Darius, who is involved with ICC’s international relief efforts and projects and asked him to assess trouble spots as we look ahead to 2023. Where are Christians in peril? Where can they find hope? And what is ICC doing to relieve the suf­fering of those who put their faith in Jesus?

What were some of the overarching contributors to global persecution in 2022?

In 2022, two significant events affected persecution: the Ukraine War and the sour global economy. Radically em­powered dictators, regimes, and terrorist groups took ad­vantage of the situation. With the world’s attention dis­tracted by this new war and the financial crisis, villainous leaders saw an opportunity to accelerate their actions and pursue their agenda—to the detriment of Christians. The U.S. government doesn’t have a lot of leverage right now, displaying the limited impact a leading world pow­er can have. As a result, the regimes and the groups do more of what they want to do without the world’s big reaction to them.

These situations will worsen for Christians without a doubt. To some, the U.S. influence has diminished, though it continues to pursue diplomatic efforts, freeze accounts, support embargoes, and more. North Korea is a good example, emboldened to expand its nuclear pro­gram. You can imagine what’s happening for Christians and others living there.

The same thing applies to radical groups. So, you see ter­rorists like Boko Haram, the Allied Democratic Forces, and Fulani militants in Sub-Saharan Africa and the Democratic Republic of Congo getting a free ride to spread terror.

Also, socioeconomic factors significantly contribute to Christian persecution. With increased poverty, desperate people take desperate measures. If the only way to get food is to attack a Christian village and take what they have, they just don’t care.

The way we struggle now—a deficiency of resources, cur­rency, and inflation—creates more desperation. Minority groups and Christians in many areas are being taken ad­vantage of.

How is this playing out in some of the trouble spots?

In China, we see more acceleration in the crackdown on house churches and religious leaders than ever before. Our comprehensive reports on China show this concerning rise. We have been tracking persecution incidents for sev­eral years and concluded that persecu­tion in China was worse in 2022 than in any other year.

The political coup in Myanmar in 2021 led to a crackdown on all minorities, in­cluding Christians. As a result, we see a lot of attacks on churches and bomb­ings of churches. The internally dis­placed often use churches as shelters.

Iran is another example of how a re­gime took advantage of the world be­ing distracted by the war in Ukraine and the poor global economy. The gov­ernment did the biggest crackdown on churches, Christians, and Muslim-back­ground believers this year, with more arrests and torture of Christians.

About 100,000 Christians remain stuck in Nagorno-Karabakh (Armenian: Art­sakh) and don’t have access to the world. The government took more land and closed the only road that gave Christians access to Armenia, essential­ly putting them in a big, geographical prison. The Russian peacekeepers are not doing anything, which has made this so much worse for Christians.

I think the desperate situation in Af­ghanistan will remain, unfortunate­ly. They have an economic crisis, and funds are not coming into the country. This financial crisis will allow the gov­ernment to enforce more restrictions on freedom, rights, and religion be­cause no other entities have a strong hand to control the country. It’s already as bad as it can get with a mob that doesn’t know how to run the country. No national income exists, and all the country’s assets are frozen worldwide. Afghanistan is not a country that has natural resources or oil or anything. It has created a desperate situation for all Afghans. The case for many Christians is primarily unknown because it’s illegal to be a Christian, so all worship occurs underground. We continue to work in the country, support those who have either chosen or been forced to stay, and help others escape to safe havens. It’s a big mess.

Turkey is taking advantage of the inter­national climate at all levels. Their per­secution is outward, not inward. They spread persecution in Libya, Syria, Iraq, and all neighboring countries. They monopolize terrorist groups and harass Christians in Iran. Turkey stays a big player in this game—and its influence goes beyond its border. Recep Tayyip Erdoğan and his cronies are more em­boldened than ever to persecute Chris­tians.

Where do you see hope?

I do not see immediate but more long-term hope. There tends to be this glob­al malaise as people are discouraged. As believers, however, despite what’s happening in this world, we have an eternal hope in Jesus Christ. It is hard to see any light coming soon for perse­cuted Christians. Persecution will never go away; it is a Biblical promise.

The immediate relief that we do, where we come in and help persecution survi­vors after an attack, will always be our core ministry work.

For ICC, we see great promise and re­sults through programs such as Gen­eration Transformation, which helps young adults and families rise above the harassment as they gain new job skills and start small businesses.

Investing in children (through ICC’s Hope House in the Middle East) and young adults (through ICC’s Generation Transformation) gives me hope to ed­ucate kids with the hope of becoming a doctor or engineer. It’s an incredible investment that will have a ripple effect on families and the Christian commu­nity.

The ICC Communal Farms initiative in Nigeria, where we launch sustainable farms, offers immediate relief for Chris­tian communities. But we are looking at what we can do to widen the com­munity rebuild and turn it into some­thing bigger—to invest in women and kids, literacy programs, and look at the situation from multiple angles where we are investing in communities at all levels.