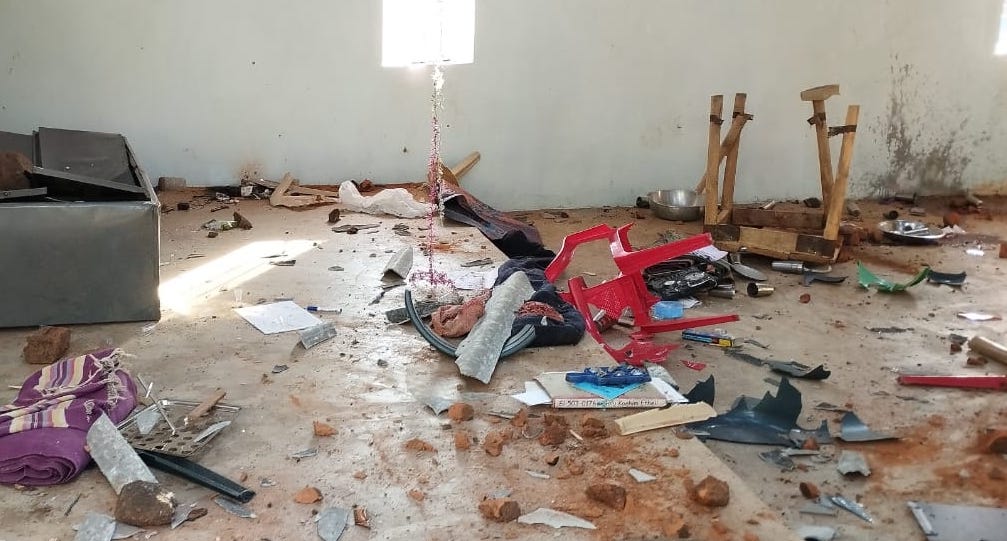 Hundreds of Christians in Chhattisgarh forced to flee into forests

12/22/2022 India (International Christian Concern) — Christians in 20 villages in the Narayanpur and Kondagaon districts in the Chhattisgarh state of India were attacked this week by radical Hindu nationalists for refusing to re-convert from Christianity to Hinduism.

The attacks took place on Sunday, Dec. 18, as Christians gathered for worship. The attackers looted and destroyed the homes of many Christians and desecrated three churches.

Sources told International Christian Concern (ICC) that the Hindu nationalists used bamboo sticks to attack Christians. Several people were severely injured and hospitalized, while others fled to the jungle or to nearby police stations. When Christians reported the attacks to authorities, police told them to fend for themselves.

“Small kids and women with their families were sitting in open places in biting cold, with no food or water, warming their hands with their breath,” one witness told ICC.

A church leader said, “these large-scale violent attacks bring back traumatic memories of the Kandhamal anti-Christian riots,” referring to August 2008 when radical Hindu nationalists killed 39 Christians and destroyed 3,906 homes. “These incidents have shocked the entire Christian community in the state, and the sad thing is that the people in authority did not bother to help.”

“Christian persecution has skyrocketed in India since Prime Minister Narendra Modi and his BJP (Bharatiya Janta Party) took power in 2014,” said ICC President Jeff King. “With the goal to set up India as a Hindu nation, they have passed laws and enforced policies targeting Christians. The attacks this week are the result of this overarching hostility toward followers of Christ. It has created an increasingly dangerous climate for Indian believers.”

Details of the anti-Christian attacks in Chhattisgarh