Rebin’s Story: Discovering Christ As A Kurdish Refugee in Indonesia 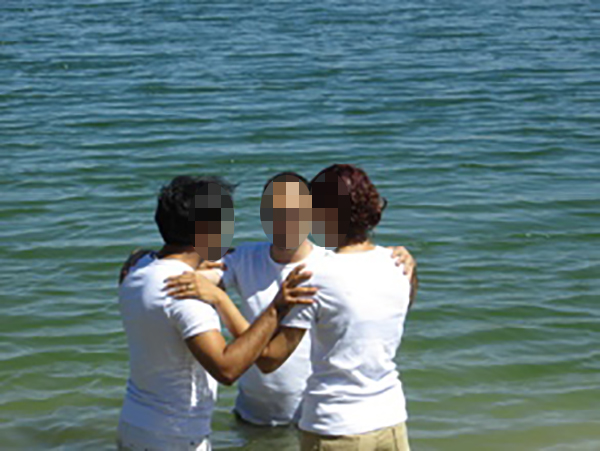 12/01/2022 Indonesia (International Christian Concern) – I am Rebin, and I am Kurdish. I was born and raised in a Muslim family in Iran. I only studied until junior high school. Then, I was expelled because I could not afford school tuition. At that time, my father became ill, and because I was the eldest of seven children, I had to replace my father as the breadwinner for my family.

In 2013, I had the idea of moving to Australia to change my life.

There is an agent who can make an illegal passport for me, and I had to pay around USD 3500. They said I could go to Australia by sea.

At the port, the police stopped me, saying that if I wanted to go to Australia, I had to go through immigration.

In Indonesia, I met an Afghan named Adam. He taught me about Christianity, who God is, and the Christian faith.

I became a believer in Christ.

But in 2020, my father died, and I requested immigration to return to Iran. However, while there, I saw that the situation in Iran was getting worse, so I reprocessed the documents and returned to Indonesia in 2021.

In early 2022, my friend Hassan came to Indonesia. He was my neighbor in Iran. His son was an adult, so he decided to migrate to Indonesia.

We left Iran because the situation was so bad. We live in a country where the government lies to everyone for the regime’s benefit. They use religion as a weapon to suppress their citizens. They do not allow citizens to demonstrate for any reason. As a result, Iranians harbor deep frustration with the regime and its cruel and unjust killings.

For example, the government controls all TV broadcasts. During a live football broadcast, the game can be delayed by up to five minutes because they have to filter out people who do not wear hijab.

Oppression of the people made them more rebellious, and they staged demonstrations against the Iranian government.

In September 2022, police shot Hassan’s son for participating in a demonstration against the government’s obligation to wear the hijab. He survived but was scared for his life. The police are looking for Hassan’s son, but he has fled to a village in Iran.

I’m so grateful for my life now. I used to be a devout Muslim. After I came to Indonesia and learned about Christianity, I began to examine my life so far. What was the reason I followed Islam? Why this religion? It was simply because my father was a Muslim. I am a religious person without understanding the truth.

When I learned about Christ, my heart felt peace and joy, which I had never felt before. Then, finally, I found what I was looking for.

Now, we live near Jakarta in Indonesia, and there was support from the local government to do a chicken farming business. However, we needed funds to start the business.

One day I met someone named Michael, who informed ICC about my situation in Indonesia. Michael reached out to ICC for help.

ICC helped us launch a chicken farming business. With this business, we hope to fulfill our needs and support our families in Iran while using it as a platform to bless people we come into contact with. We are very grateful for the assistance from ICC. What would happen to us if we did not have our brethren to help us?

Now, we are sharing the gospel with our wives and children who are still in Iran. We hope they can get a new life with religious freedom like us.