Christian Woman Who Survived an ADF Attack Dies at Age 87 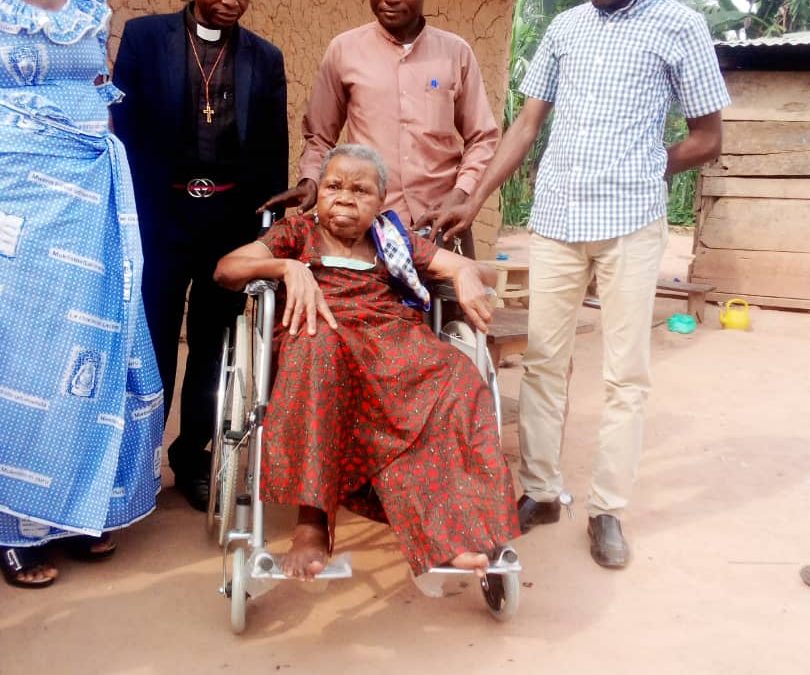 12/01/2022 DRC (International Christian Concern) – “Dorothy Mbasa, a heroine, has fallen.” Such were the words proclaimed by the Christian community in her village, located in the northeastern Democratic Republic of Congo (DRC), at Dorothy’s recent funeral.

Dorothy, 87, survived a terrorist attack carried out by the Allied Democratic Forces (ADF) Islamist rebel group in her village on Oct. 7, 2020. Eight Christians were killed in the attack, and several others were injured. While running away in the night together with her family and other villagers, she was hit in the back by a bullet from the attackers that incapacitated her.  In the morning, she was taken to a nearby hospital, where she ended up staying for six months. Efforts to help her to walk again were unsuccessful.

Two years later, Dorothy succumbed to the spinal injury that had caused her a lot of pain. Her son confirmed her passing recently and commemorated her as “A woman of faith who remained steadfast in Christ until her last breath.”

Last year, ICC learned about Mama Dorothy’s condition. She was unable to stand or sit, spending all her time lying on the bed, and she was only helped out of the house when it was necessary. Her son, a pastor at a nearby church, shared about his mother’s situation,

“My mother has not been able to walk or sit unaided since the attack. She was also shocked and traumatized, and there were times when she didn’t talk to anyone for a day or two. She needs a person all the time because her lower body was paralyzed by the gunshot in her backbone.”

In January, ICC provided Dorothy with a wheelchair, clothing, and food items. For a long time, she was able to get out of bed and sit outside in the sun.

She told an ICC staff member, “My heart is overflowing with joy this day, for, after two years, I am now able to move around and meet my friends here and go to the market to buy whatever I need. I was tired of staying in the house, sitting all day in my bed. My family was also tired of carrying me every time I needed to wake up and go out. Now I can push myself to go to the sun if I need to sit out, and I can go to the house when it begins to rain. I am independent once again, although I cannot walk like I used to do.”

A mother who raised a family of eight in the ways of the Lord, and a woman who exemplified faith in Christ and prayer, was put to rest on Nov. 23, 2022, after battling back pain and trauma caused by the ruthless ADF terrorist group allied with the Islamic State (IS). Dorothy’s last words are an encouragement only to the suffering believers in her village but also to the Democratic Republic of Congo as a whole.

She said, “I have lived all my days in Congo. I have seen plenty, stability, and prosperity in this great nation, but I have also seen poverty, death, displacement, and desperation in our people. A country that used to feed and protect its people has turned into a war zone, and Christians have been the most affected.”

Dorothy continued, “The hope that kept me going for all these years is because of trusting the King of kings who remains faithful even when nations rage. My prayer is that Congo shall be saved from the hand of the terrorist and the bloodthirst of the rebels.”