A Lone Voice Calling in the Nigerian Desert 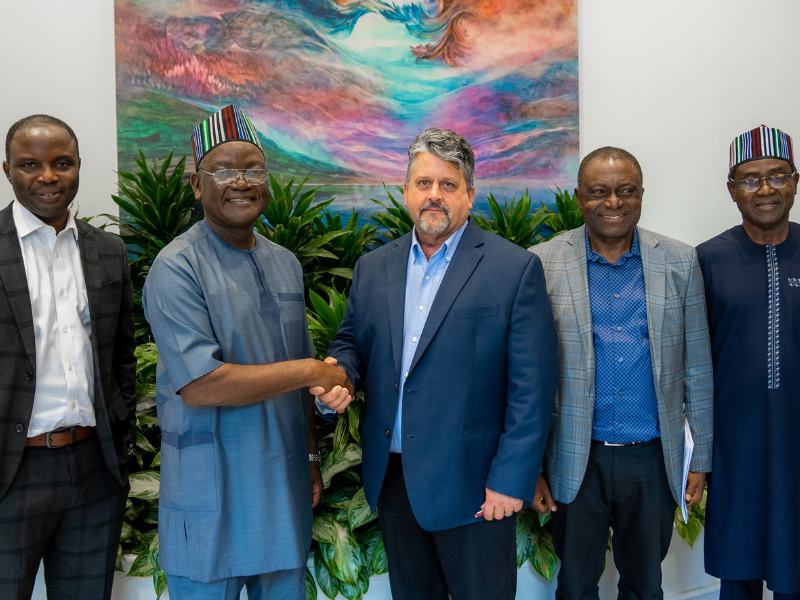 09/18/2022 Washington, D.C. (International Christian Concern) –There have been several assassination attempts on Samuel Ortom’s life, including one in March 2021 that involved 15 men with AK-47 rifles as he visited a farm.

Yet as governor of Benue State in Nigeria, Ortom is an undeterred, courageous man on a mission.

The 61-year-old leader shouts from the rooftops about persecution in his country and the complicity and evil of President Muhammadu Buhari’s administration. And the failures of previous administrations to stop atrocities against believers.

Ortom shared his thoughts on a recent visit to International Christian Concern’s headquarters in Washington, D.C., where he met with ICC President Jeff King and staff. His trip also included a rigorous agenda and meetings with leaders on Capitol Hill and the U.S. Department of State.

His goal? To counter the Nigerian government’s narrative, parroted by the media, that the lawlessness and killings of tens of thousands of Christians are just a tribal conflict between radical Fulani Muslim herders and Christian farmers. It is fueled by geopolitical forces, climate change, and petty land disputes. And that the government is doing all it can to protect religious freedom and everyone’s lives.

The reality? There has been no meaningful action by the Nigerian government over the past 20 years to stop the killings of Christians.

While there are concomitant forces and reasons for the genocide of Christians in Nigeria, Ortom said those in power are aiding and abetting in the radical Islamization of his country. And of the 36 governors, he is one of only a few willing to publicly criticize Buhari’s abysmal response to the killings and displacement of Christians.

Despite attempts on his life — his security detail protected him from the farm attack—Ortom said he has nothing to lose or fear. He will openly tell the truth to whoever will listen about the perils of Christians in his region and the tactics of radical Fulani militants—and other terrorist groups such as Boko Haram — who are on a mission to transform and impoverish the land.

Of the approximately seven million people in Benue State, most are Christians, with 1.5 million living in in-country refugee camps. Many are children without schooling or necessities.

Benue State is the nation’s fruit basket, blessed with verdant fields and the prodigious Niger and Benue rivers. The fervent land, farmed by mostly Christians, also attracts the Fulani herders who need water and grain for their cattle.

Ortom said the deeper ongoing problem is not the herder-farmer land skirmishes but the Islamization and colonization of Nigeria by jihadists who aim to rid the country of Christians and establish their permanent caliphate.

Some Fulani herders falsely claim that their cattle are rustled by locals. Radical Muslim militias descend on the farming communities, where they murder and rape Christians and displace entire populations through fear and intimidation. The radical Fulani moves in after a massive land grab before eyeing the next vulnerable community.

Tragically, the Buhari regime allowed only the Fulani to carry AK-47 weapons, noted Ortom. It is illegal for everyone else, including Christians, who need protection, making it a one-sided fight. Yet the government claims the Fulani need weapons to protect themselves from the ‘ghost’ cattle rustlers. To make things worse, radical Muslims hold positions of power in the government, military, and security apparatus. Many believe that if the Nigerian government or international communities do not step in to protect Christians, it could lead to civil war.

“They intimidate. And even when they shoot you with their AK-47 or AK-49, and you are dead, they still dismember your body just to bring fear into those living so that they don’t confront them again and accept the agenda of occupation and Islamization. And so, people are afraid to go to church and even pronounce that they are Christians,” Ortom said.

As news of Ortom’s visit to Washington made the news cycles back home, government officials responded that the Middle Belt situation was complicated and Muslims were persecuted, too.

Ortom will continue his solo campaign, a lone voice calling in the Nigerian desert, to tell the world about the atrocities and the motives and people fueling the conflict.

“I appreciate this opportunity to say the other side of the story and to try to change the narrative that is going on, especially within the international community,” said Ortom.