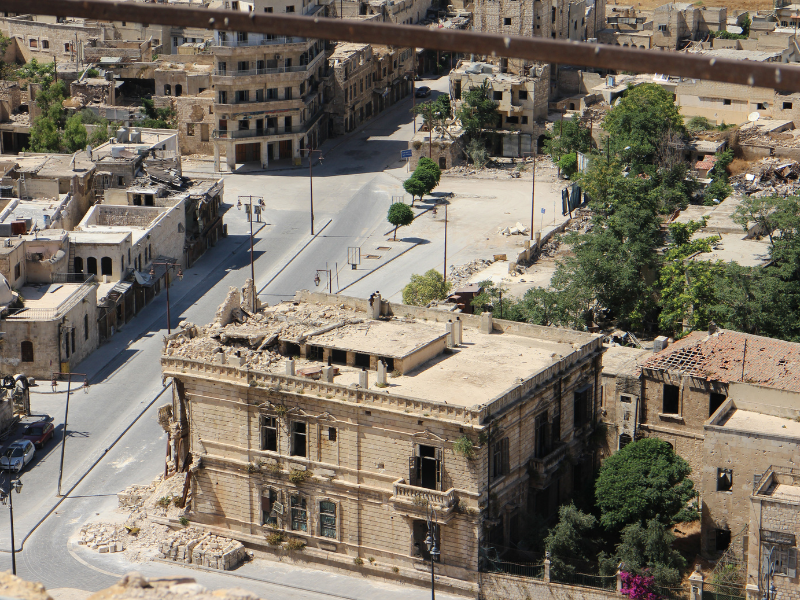 09/09/2022 Middle East (International Christian Concern) – It’s an everyday challenge for Khaled and his Christian family to live in the Middle East. Persecution is rampant.

Khaled has lost all his possessions — twice. He used to own a furniture store in his Middle Eastern country, but due to the ongoing war in the region, everything he, his wife, and three children owned was destroyed.

Once Khaled’s family relocated, a missile landed on their new building on Good Friday. By a miracle from God, his family came out safely despite the death of many of his neighbors. Khaled was in a coma for three days following the attack.

“On Good Friday, the suffering of the Lord and the crucifixion occurred. That happened to us. We suffered and lost everything. But after three days, Christ rose, so you will raise us up with Christ so that we can return to live with hope,” said Khaled.

In an instant, once again, everything he owned was destroyed.

In the past, Khaled owned his house and a warehouse, managed workers, and had a workshop. But now, he can only work for a friend to pay his rent. Khaled is more than 60 years old, but he has not given up and relies on God for everything, he said when ICC visited him.

ICC worked with Khaled to pay the rent on his house for a year and to secure the other needs of his family to help him re-establish what he’s lost in the war. After that, ICC will help him set up his own workshop again. “With your help for my family and me, you are helping me to recover our wounds,” Khaled said.

His wife added, “My husband’s smile has returned after many years, and it is all thanks to God and to you.”