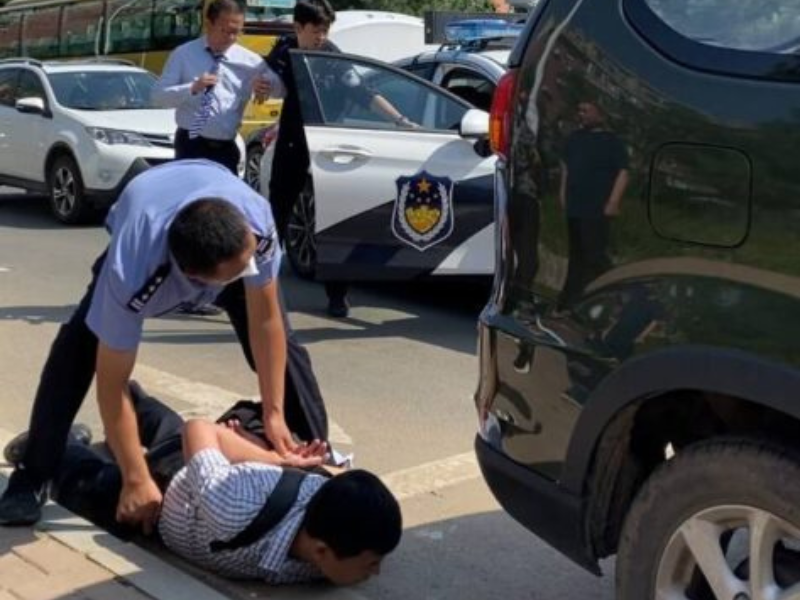 On Aug. 17, Pastor Lian Chang-Nian and his wife Guo Jiuju, his son Pastor Lian Xuliang and wife Zhang Jun, along with their 9-year-old son, Preacher Fu Juan, and sister Xing Aiping from Xi’an’s Abundant Church were taken to Shilipu police station after their homes were raided.

The following day, the adults were handcuffed and brought to their church for a staged photoshoot. The authorities announced after the photo shoot the verdict of their ‘crimes’ – illegal gathering, illegal venue, and illegal collection of funds. A church member who witnessed the process said Pastor Lian Xuliang had several injuries to his head and arms, proof of his mistreatment.

That evening while the pastors’ wives and sister Xing were released, the Lians and Preacher Fu were still missing. The father and son duo are being held under residential surveillance at a designated location in Shaanxi province for “fraud.”

On Aug. 19, around 7 p.m., 70 members of Linfen Holy Covenant Church in Shanxi province were enjoying an outdoor family camp when 170 police officers raided the location and suppressed church coworkers Li Jie and Han Xiaodong. Everyone was searched and had his or her cell phone confiscated. No one was spared from being led away by the police.

In the meantime, police also searched Li and Han’s homes and removed documents and books. Li, his wife Li Shanshan, and Han went missing after the raid. Another member, Hou  Guobao, ran into the police and was also taken away.

Brother San Luopo and two Christian women from out of town were also reportedly detained, but no official document has been issued.

On Aug. 21, the House of Light Church in Jilin province’s Changchun was raided by police during its Sunday worship. The authorities dispersed everyone before taking Pastor Zhang Yong (aka Guo Muyun), elder Qu Hongliang, and brother Zhang Liangliang away.

Due to the violent nature of the raid, two female members suffered heart attacks, and an ambulance was called.

The detained Christians were released around 1 a.m. on Aug. 22, though the men were treated brutally while in detention. They must report back to the police this Saturday.

The latest series of crackdowns come a week after Chengdu-based Early Rain Covenant Church and Beijing Zion Church saw their members arrested during a Sunday service. It is unclear why Beijing intensified its crackdown on house churches.

Father Francis Liu from the Chinese Christian Fellowship of Righteousness shared with ICC, “Just like what the newly elected president of the Patriotic Association of Chinese Catholics, Beijing Archbishop Joseph Li Shan, said, ‘The church authority needs to submit to the [Chinese Communist Party] regime; one must listen to the party.’ This latest round of persecution seeks to strictly control people’s thoughts.”

According to Liu, the churches that were raided over the weekend mostly follow reformed tradition, which stresses the church’s independence, whereas some evangelical or charismatic house churches he knows firmly advocate for patriotism.

“Xi Jinping’s regime is fearful of many things; one thing being people with religious beliefs,” said Gina Goh, ICC’s Regional Manager for Southeast Asia. “They want to ensure Chinese citizens are loyal to the CCP’s ideology and nothing else. This fear translates into church crackdown, ‘re-education camps’ for Uyghurs, and demolition of Buddhist statues. House churches are bracing themselves for potentially the worst clampdown since the Cultural Revolution.”