Troop of Burmese Military Hides in Cathedral to Avoid Attack 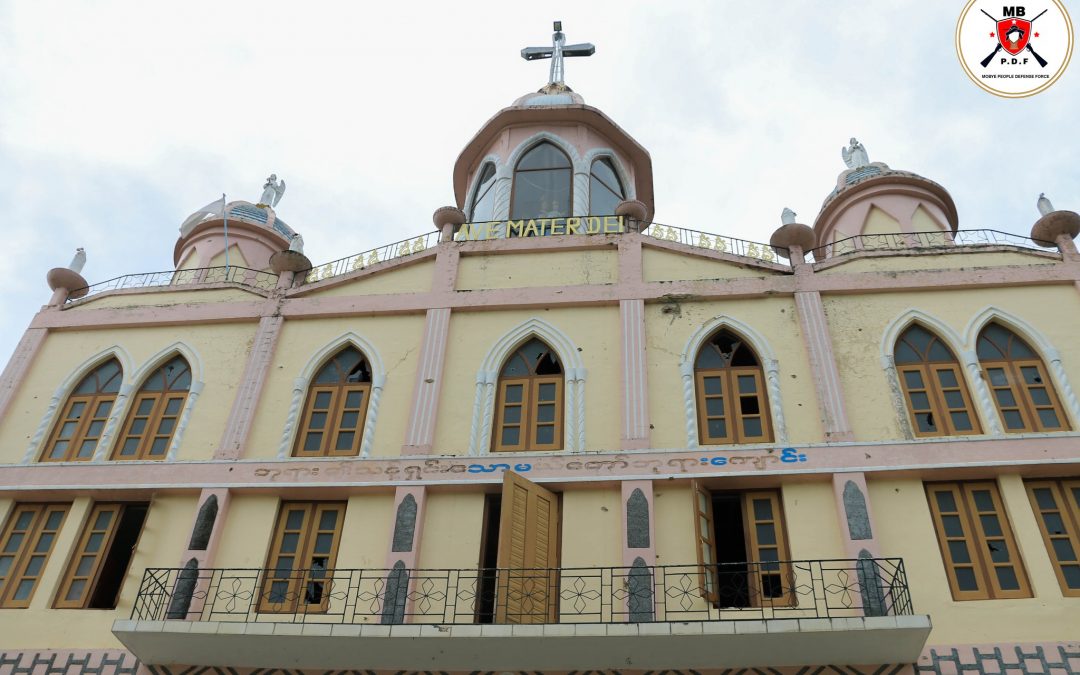 07/26/2022 Myanmar (International Christian Concern) – The Burmese Army (Tatmadaw) has been taking cover in churches in Myanmar.

A troop of the junta, Light Division 66, took over the Holy Mother of God Cathedral in the village of Moebye, located in the southern state of Shan, Myanmar. According to the news site Myanmar Now, troops came into town around 2 am on July 18.

Children, nuns, and priests inside the church were detained by the 50 soldiers until the next day, around 8 AM.

The Moebye People’s Defense Force (PDF) which has been fighting against the military junta, reports that its soldiers cannot fire because the Tatmadaw soldiers rest inside a church.

Nearby, heavy artillery fire bombarded Moebye’s Paw Oo Ward 2. The attack injured a man and set a house on fire.

Another village, Monhla, was attacked in Sagaing region where Cardinal Maung Bo, archbishop of Yangon, grew up.  The bishop previously demanded that the military junta protect churches during its raids.

Myanmar is under constant threat of violence due to the military takeover of the government in February 2021.

Please pray for the protection of civilians in Myanmar during this violent time. According to the UN’s data, nearly 760,000 people have been displaced by the conflict and insecurity since the coup. Access in hard-to-reach areas across the southeast and the northwest (Chin, Sagaing, and Magway) is still much needed to deliver humanitarian aid.