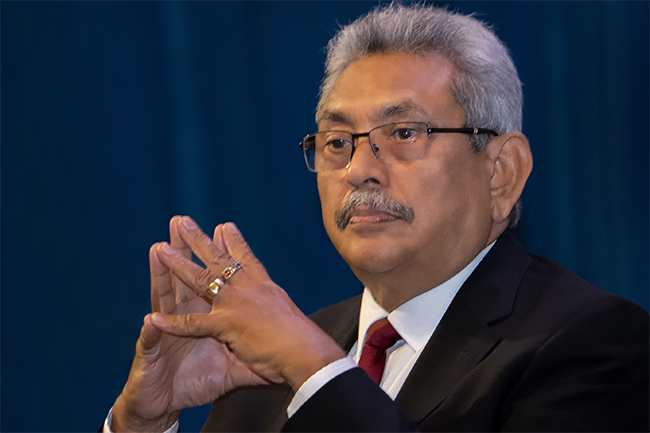 07/15/2022 Sri Lanka (International Christian Concern) – Calm is slowly returning to the streets of Sri Lanka’s capital after a week of bitter turmoil. Earlier this week, the embattled Sri Lankan President Gotabaya Rajapaksa broke his promise to resign from power on Wednesday, choosing instead to flee the country and direct the prime minister to serve as acting president in his stead. This apparent last-ditch effort to hold onto political power in Sri Lanka sparked widespread outrage amongst the nation’s citizenry. Protests, which had already engulfed the capital city last weekend, grew increasingly intense. Defying a government-implemented mandatory curfew, protestors occupied many government buildings, including the president’s house, the prime minister’s office, and the presidential secretariat. During clashes between law enforcement and protestors, one person reportedly died, and 126 others were hospitalized.

Today, President Rajapaksa officially tendered his resignation, and the past week’s chaos is beginning to subside. Protestors have quickly vacated the occupied government buildings, and efforts to establish a new government have begun. As political activists orchestrated the withdrawal from the government buildings, Christian leaders emphasized that the struggle for justice and accountability was not over. Father Jeevantha Peiris told the media, “We are peacefully withdrawing from the President’s House, the Presidential Secretariat, and the Prime Minister’s Office with immediate effect, but our struggle will continue.” Within the next 30 days, Sri Lanka’s parliament will approve new leadership, and Sri Lankans hope that this new government will address the nation’s crippling economic crisis and root out the corruption of the previous regime. Due to corruption and mismanagement, Sri Lankans now suffer from 54% inflation, shortages of fuel and other critical commodities, and the government is seeking financial aid from the International Monetary Fund (IMF). We pray that Christians in Sri Lanka who have been fighting for reform will see their goals achieved and that Sri Lanka can begin to heal.