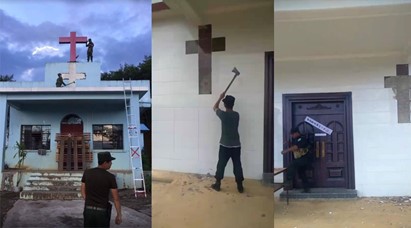 07/12/2022 Myanmar (International Christian Concern) – The Christian-majority state of Chin, Myanmar, continues to suffer from the destruction of worship buildings and other religious institutions at the hands of the ruling military junta.

News of two airstrikes in Mindat village, Chin state, surfaced on July 2. This incident comes after local bishops demanded for the Burmese army respect human life by putting an end to such violence.

While many took refuge in a nearby Baptist church and school compound during the attacks, several people were wounded, and two died in Chat village (western region).

According to the news site UCA News, many people are “internally displaced while thousands more [have fled] into neighboring India’s Mizoram state” due to the attacks. More than “18,000…houses, churches, monasteries and schools…have been destroyed during hostilities across the country.”

Please continue to pray for Burmese Christians and all citizens of Myanmar who struggle to find safety in their own country.