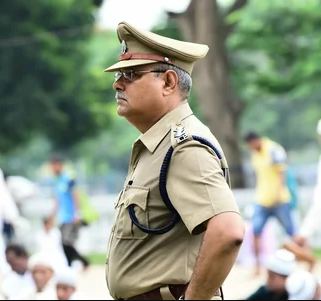 07/12/2022 India (International Christian Concern) – Multiple pastors have been arrested in the state of Uttar Pradesh in India recently due to charges of forced conversion, and the crackdown by authorities has been so significant that many churches, particularly house churches, have completely halted Christian gatherings for worship and prayers. In one of the latest incidents, on July 10, Pastor Santosh Kanoojiya was arrested for forced conversion alongside four other Christians and remanded to a police lockup. After 24 hours, he was released on bail, but because of the active legal case against him, he had to shut down his house church, where 150 Christians had been gathering every Sunday.

“All I need is the freedom to gather as a congregation and have worship service,” Pastor Kanoojiya recently told International Christian Concern (ICC). Kanoojiya said, “there have been constant efforts from the radical Hindu nationalist to close down the Church that I care for. They did what they wanted, which was possible because of the BJP ruling the state. I know I cannot conduct worship in my house, so I am planning to go house to house to our congregation to teach and pray with them,” Kanoojiya said.

In a second incident on July 10, a mob of radical Hindus associated with right-wing organizations such as the RSS and Bajrang Dal disrupted the worship service of another congregation, harassing the Christians and influencing the police to arrest five of them for forced conversion. In yet a third recent incident, police arrested Pastor Mithlesh Kuma, who was merely visiting a local family. Unfortunately, the Indian state of Uttar Pradesh, where all these arrests took place, had the highest number of anti-Christian persecution incidents out of any other state in India in 2021; it appears that this trend will continue in 2022. We pray for relief for the persecuted Christians in this region of India.