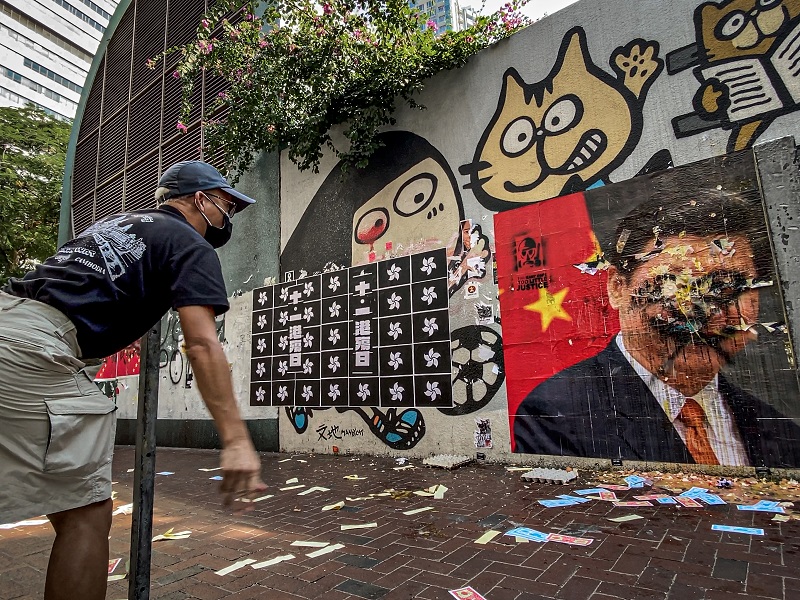 05/10/2022 Hong Kong (International Christian Concern) – On Sunday evening, the successor to Hong Kong’s Chief Executive, Carrie Lam, was announced, marking a doubling down on Beijing’s control over Hong Kong and the political repression which has festered through the city.

As Beijing’s only approved candidate, the Pro-Beijing loyalist and former security chief, John Lee, was appointed with near-unanimous approval by the election committee on Sunday. A person of his affiliation follows the trend of pro-Beijing loyalists assuming key roles across the city, a trend widely demonstrated by last year’s pro-Beijing sweep of the Hong Kong legislative council.

Lee will not assume the role until July 1st, but his appointment has already sent shockwaves through Hong Kong and around the globe, as his record does not bode well for those fighting to restore democracy and basic rights to the city.

Following Lee’s 30-year career in law enforcement, he was appointed as the Under Secretary for Security and later the Secretary by Carrie Lam’s government. From here, he became a major proponent of many of Hong Kong’s most authoritarian moves. These positions include the 2019 extradition bill, which would have extradition of Hong Kong suspects to the mainland to face trial by Communist courts; this was highly opposed in Hong Kong and eventually defeated, but not after massive countermeasures were taken under Lee’s direction to quell the protests. A year later, Lee championed the National Security Law, a piece of sweeping legislation that criminalized multiple forms of political dissent and was later used to crack down on the city’s opposition to the growing Chinese control. For this involvement and his suppression of pro-democracy protests, Lee has already been sanctioned by the US government.

Before Lee’s appointment, conditions were already worsening, with Carrie Lam already calling for additional national security legislation – a calling that Lee was well fit to answer. As Beijing’s reach into Hong Kong continues to spread, Hong Kong’s freedoms will continue to slide, going far beyond political freedoms alone. This becomes a major concern for religious freedom as well, as we have already seen Chinese religious administrators come to Hong Kong and lecture the clergy in the way of the faith – the mainland Chinese way.  Worse, we have been witnessing the increased securitization of religion on the mainland and the persecution of those who break with Chinese guidance.

As Hong Kong grows to mimic the mainland, it is only a matter of time before its last remaining semblances of basic freedoms are strangled. If not stopped, soon the practice, according to one’s conscience in Hong Kong, could be seen as a threat to national security, as it is on the mainland. This trend makes the incoming leader another troubling sign.