Escape or Stay in Afghanistan? 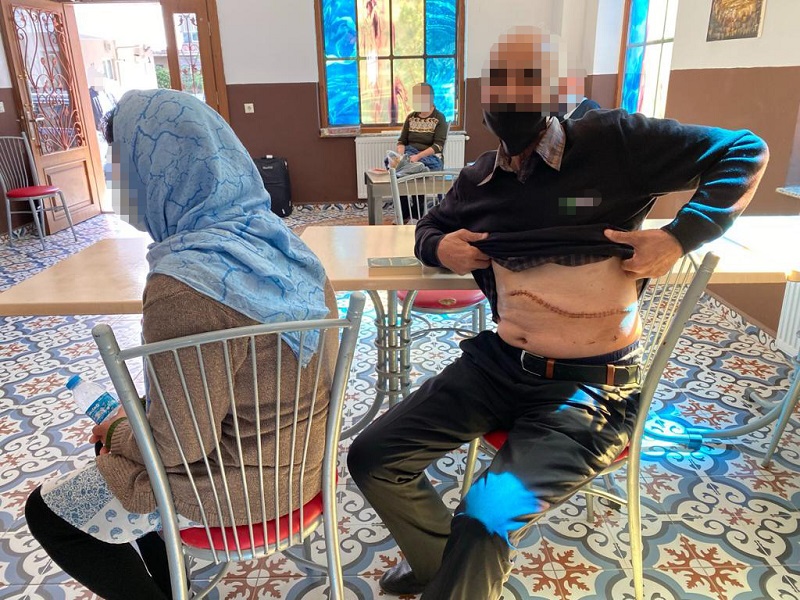 04/21/2022 Washington D.C. (International Christian Concern) – Risk permeates the life of an Afghan Christian. The Taliban criminalizes Christianity to the extent that believing in the gospel is often an automatic death sentence. But leaving Afghanistan carries its own challenges. Whether a believer escapes Afghanistan or remains behind, severe hardship is often the result.

Abdul discovered this firsthand. He was recently released by the Taliban after he spent months in captivity following an escape attempt. His release was bittersweet. The Taliban threatened to eventually take him back, and he has become a changed person following the torture.

“He suffers from fever, chills, and a sense of panic,” said a source close to the family. “He reported that the first month, the Taliban torturers would bite him. In the second month, they would put him in cold water at night and then leave him naked. In the third month, they did not torture him, apparently wanting to sell him alive to his family without the evidence of torture.  He does not leave home where he is [now] staying.”

Sadly, this story is all too common. All Afghan Christians are converts from Islam, a choice the Taliban considers worthy of death. For this reason, many have fled, but persecution often haunts them regardless.

“When I was in Afghanistan, I was the commander of one of the parties during the war fighting against the Taliban. After the war, the Taliban found me, and I was arrested and imprisoned for six months. I had to escape to Turkey by myself and then try to find a way to bring my family,” shared one believer.

He continued, “When I came to Turkey, I was very disappointed, and I lost my composure… God gave me new hope and new peace. Despite the persecution I now face for my faith, it has become my goal to make disciples of all nations with the gospel of Jesus Christ.”

Persecution follows exiled Afghan believers for a variety of reasons. They are usually escaping the Taliban by going to yet another Islamic country. In those locations, converts may not be as quickly killed, but they are equally unwelcome. Since they are living as refugees, they likely do not know the language and thus naturally seek support from other exiles. In this way, threats from the Taliban can be exported. In one case described to ICC, an Afghan believer in Iran was kidnapped and brought back to Afghanistan as part of a deal another individual made with the Taliban.

A woman with a possibly similar experience explained, “With help from my uncle, we were able to secure passage. Along the way, we found ourselves on the border, where my husband suddenly disappeared. Without warning, my husband was no longer by my side, and there was no way to find any news of what could have happened to him. I suspected that the Taliban might have been involved with his disappearance, but there is no way to know.” The gamble which Afghan Christians must make with their lives is an impossible choice. Stay or flee. Neither option promises safe results. Regardless of these challenges, they often have great hope.

As one Afghan Christian explained, “After trusting in him, I felt happy. I realized how to live in the shadow of Jesus. I found the feeling of hope for life and heaven and the day of resurrection. After believing, regardless of my external circumstances, my life in the church community became very sweet. I am trying to leave everything in the hands of God and Jesus Christ because I know and understand that only He is the Almighty God who is sovereign over all, including the good and working good in the bad.”