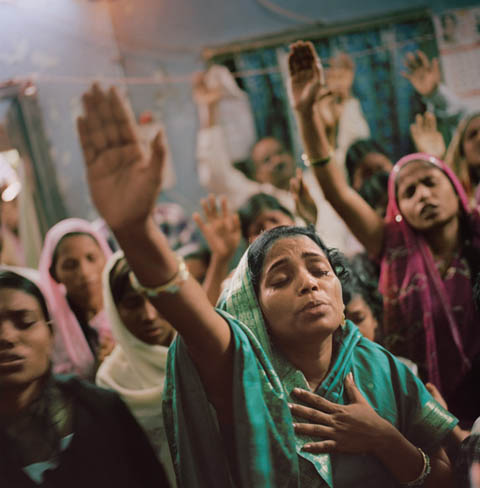 04/20/2022 (International Christian Concern) – While Christians in India were celebrating Easter Sunday, incidents of physical violence and disruption of Easter services devastated Christian communities. In the East Indian state of Odisha, a mob of 100 radical Hindu nationalists brutally beat three Christian families. The houses of these Christians were ransacked and desecrated. In neighboring Chhattisgarh state, a Christian’s body was kept unburied for three days by the radical Hindu nationalists, claiming that the body would defile the land.

According to the local Odisha Pastor, a mob of nearly 100 radical Hindu nationalists bursts into a Christian home in Markapalli village where Easter service was in progress. The mob beat the congregation with sticks, injuring several Christians, including women and children. The mob harassed them for more than an hour before police arrived at the scene. While the church was being attacked, another group went and damaged the three houses belonging to the believers. By the time police reached the houses, they had been ransacked. The food reserves that they had secured throughout the year were stolen or rendered useless.

“These Christians are enduring continued hostility from the radical Hindus,” the local Pastor told ICC. “Sometimes the Christians were denied electricity, other times they were denied rations (subsidized food grains) and other times water, work, etc… but they persisted in faith, despite what they have gone through.”

In the neighboring state of Chhattisgarh, the dead body of a Christian was kept unburied for three days. According to sources reaching ICC, the man died on Holy Saturday in his village. The anti-Christian mob opposed burying the body, saying that since he died as a Christian, they would not allow his body to be buried as it defiles the Indian land. The block administration and the police force did not act lawfully to make a provision for burying. On the third day, following multiple petition letters and complaints, the body was taken 25 kilometers away from the village and finally buried.

“The family went through torture and humiliation for three days,” a local Christian who requested anonymity told ICC, “the Christians in the village face social boycott for practicing the Christian faith. They are really tested, and they are treated as less than human.”

Christians have been targeted for their faith across the nation. They are subject to physical violence, social boycotts, and psychological torture, all while the leaders claim that India is a secular democracy. We continue to pray for our fellow Christians in India.