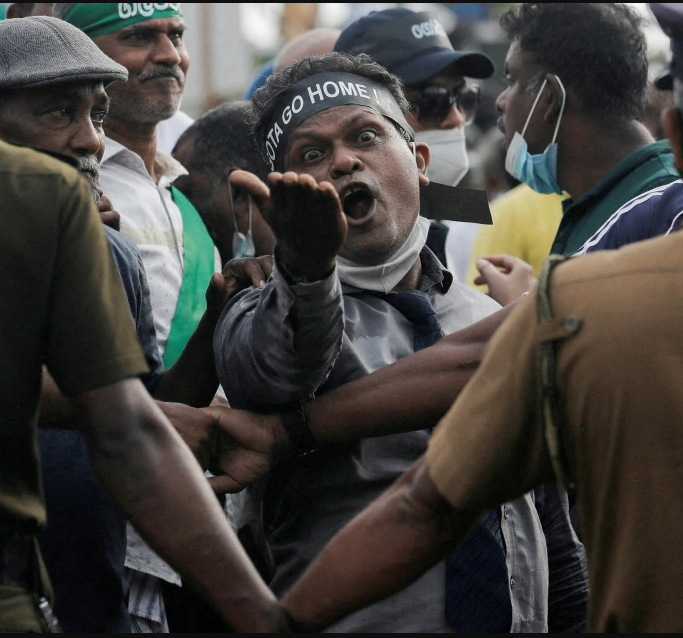 04/04/2022 Sri Lanka (International Christian Concern) – Sri Lanka is facing a terrible economic crisis. Many socio-economic rights of the people are being suspended in the government’s attempt to curtail the disaster. A lack of food, power, and general well-being has sparked protests among citizens. The government has cracked down on these protests, even setting a 6:00 pm curfew and deliberately sabotaging the energy allowance to hinder coordination from planning and acting out protests. The freedom of expression, assembly, and in some instances, freedom from torture are being violated by the same inept government that could not prevent this crisis.

Long lines form outside fuel stations to get what is left of the diesel so they can commute to work. Kerosene is being taken from homes and kitchens in order to meet the demand for fuel. Generators are cold, and many cannot do their jobs. Hospitals have informed the public that their ability to sufficiently treat those in need will be greatly hampered due to the lack of power. A nurse posted a picture of surgery being done by torchlight in a Sri Lankan hospital.

The people held a protest last Thursday in front of the President’s house. As the protest grew, security forces were deployed to quell the disgruntled mob. Tear gas and water cannons were used, and many protesters and journalists were brutalized and arrested. The government threatened to use the Prevention of Terrorism act against the protestors, which would essentially give them the authority to treat the protestors as terrorists. Thankfully, this was not invoked, and the protesters were instead charged with inciting disaffection against the state.

These protests reflect the crisis that the government has to deal with. The President issued a state of emergency last Friday (drawing criticism from human rights groups), consisting of curfews and social media bans. There is no indication that the government will be able to effectively manage the current crisis. As of today, the Cabinet and the Governor of the central bank have tendered their resignations.