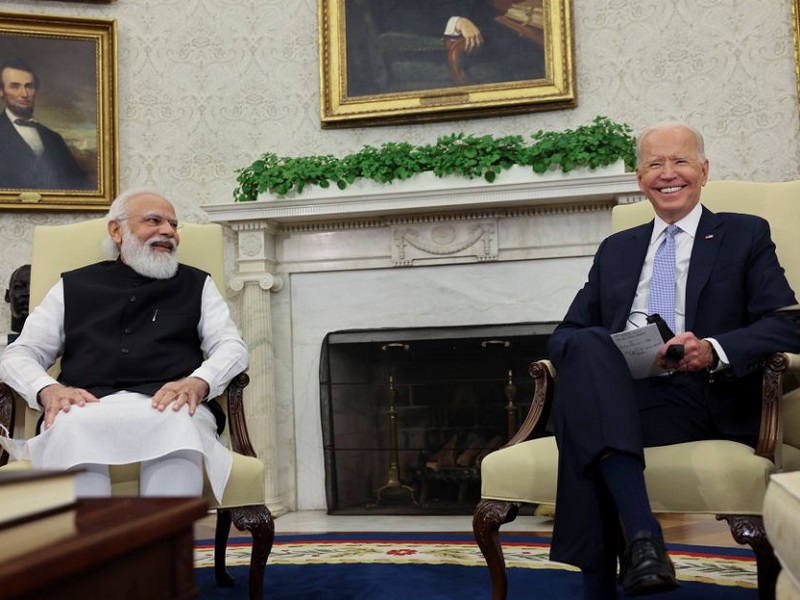 03/24/2022 Washington D.C. (International Christian Concern) – The United States and India share a special relationship, as the oldest democracy and the largest democracy in the world, respectively. On paper, both countries claim to stand for fundamental freedoms, like freedom of speech, freedom of expression, and, of course, freedom of religion.

India is clearly moving backward, however, in these democratic ideals.

The United States leadership under President Biden is fully aware of this decline and the increase of Christian persecution, but the U.S. government is willing to look the other way to stay in India’s good graces to counter China’s global rise.

Ever since Indian Prime Minister Narendra Modi took power in 2014, the cases of persecution in the South Asian country have skyrocketed. Yet, the U.S. continues to ignore many human rights violations to maintain a strong partnership with India. Though many hoped a new administration might bring change, nothing is different under President Biden.

While the church continues to feel the pressure of Hindu nationalists led by Prime Minister Modi, ICC’s advocacy team has been raising the alarm in Washington, D.C. The advocacy team shines a light on what U.S. political leaders have turned a blind eye to for years. Indian leaders allow the atrocities of Hindu nationalists to continue as perpetrators enjoy near complete impunity.

ICC’s advocacy team has hosted several guests from leading Christian organizations in Washington D.C. who have shared their first-hand witness accounts of the persecution endured by India’s Christians. ICC hosted these victims during several briefings to color in the true picture of what life is like under the fanatical Hindu nationalists.

ICC also led a congressional letter with several members of Congress as signatories, challenging Prime Minister Modi on these ongoing atrocities and calling for the Indian leadership to answer for its unwillingness to stand up for the constitutional rights of Christians in India.

Things will not change in India until the truth becomes impossible to ignore. India is a democracy with religious freedom guaranteed for all under its constitution, but those democratic ideals are being chipped away day by day. The Western church must continue to pray for its persecuted brothers and sisters in India and stand up for them here in the United States.