Junta Sets Places of Worship on Fire in Sagaing Region 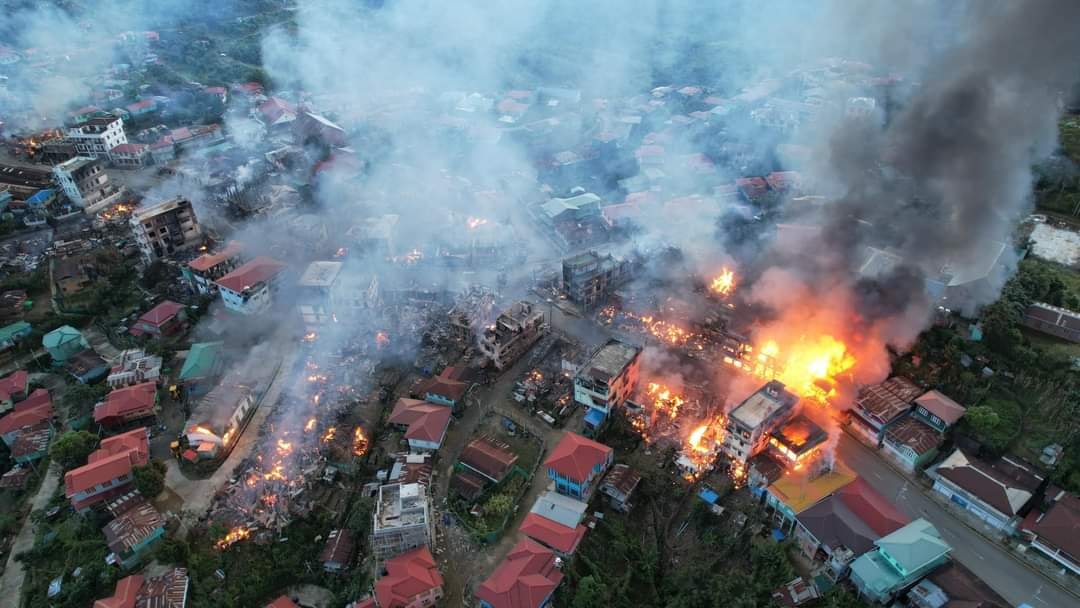 03/23/2022 Myanmar (International Christian Concern) – During recent raids in Sagaing Region’s Taze Township, the Tatmadaw (Burmese Army) torched a monastery and a Catholic church as they swept through two villages. Three villagers were murdered during the attacks.

The junta targeted Sein Sar and Chaung Yoe reportedly after regime forces stationed in the nearby village of Ponnaka were hit by explosives on March 12. In response, some junta soldiers and members of the military-linked Pyu Saw Htee militia entered Sein Sar at around 11 am and proceeded to raid the monastery and interrogate its 70-year-old abbot, Ven. Pyinnya Zawta.

The abbot was forced to kneel with his hands behind his head before he was forcibly disrobed. The soldiers told him that they could kill him now because he was no longer a monk. They also looted the monastery and torched the compound.

A teenage girl was killed in the raid as she attempted to flee the attack.

According to Myanmar Now, the column then moved south to the predominantly Christian village of Chaung Yoe, where they interrogated three nuns, all in their seventies, at the Mary Help of Christians Church.

A local resident who lives near the church said that the soldiers then set fire to its pulpit and altar, as well as robes and other sacred items.

A 55-year-old man and his son were also shot and killed during the raid, according to the Chaung Yoe resident, who spoke to Myanmar Now on condition of anonymity.

Although it has been more than a year since the Tatmadaw’s attempt to overthrow the democratically elected government, resistance groups around Myanmar have continued to fight against the junta forces. Based on the number from the UN refugee agency (UNHCR) last month, internally displaced people (IDPs) in Myanmar have doubled since February of last year, now crossing the 800,000 mark.