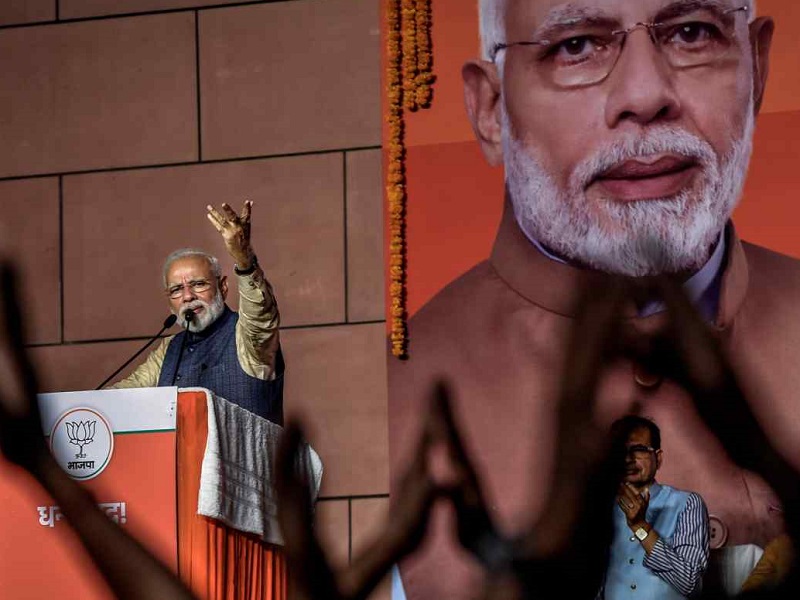 03/10/2022 Washington D.C. (International Christian Concern) – As Prime Minister of India, Narendra Modi is complicit in the persecution of Christians. His administration has overseen a massive cultural shift in India from a pluralistic society (many acceptable religions) to one where Hindu nationalism (Hindutva) has dominated religious life.

Indian Christians can’t fully realize their religious freedom rights under the Modi administration. Modi’s administration consistently punishes all forms of dissent, like cracking down on human rights NGOs that seek to hold the government accountable. To add to that, India uses its government benefits to restrain the religious freedom rights of hundreds of millions of people from low-caste backgrounds. Not only that, but the Modi administration frequently looks away when its Hindutva allies violently target religious minorities.

Modi’s message is clear: his administration will tolerate the persecution of Christians.

The Modi administration targets Christian charities and human rights organizations that challenge its image of a Hindu-dominated India.

Those that remained found it increasingly difficult to obtain financial support from outside India. The Modi administration instituted burdensome legal requirements on Christian ministries with the goal of depleting funding.

However, according to a 1950 presidential order, “No person who professes a religion different than the Hindu, the Sikh, or the Buddhist religion shall be deemed to be a member of a Scheduled Caste.” Low-caste individuals from Christian and Muslim communities are denied Scheduled Caste Benefits.

For many Dalits, the discriminatory policy forces them to choose between much-needed aid and the faith of their choice. For those who choose to convert to Christianity, this discrimination forces many to live double lives.

“I could easily lose my livelihood if I am open about my faith at the workplace,” Padma, whose name has been changed, told ICC. “It would have never been possible for me to get this job if I mentioned that I practiced Christianity on my official records.”

Padma is one of five children from Dalit parents in India’s Telangana state. Using the Scheduled Caste Benefits, Padma was able to study at university and become a nurse.

“I had to survive with two identities and with two names,” Padma continued. “One as a Christian at church and the other as a Hindu in the workplace. It has been hard living with this guilt. I feel I cannot freely exercise my faith.”

Padma hides his Christian identity in hopes of using the benefits to help his family socially and economically move up in the system.

“We don’t have the freedom to choose our religion,” he continued. “In most cases, we Dalits suppress our spiritual feelings. Many people choose to keep practicing the faith of their choice in secret so they can still receive the benefits.”

If all Indians genuinely realize their full religious freedom rights, Dalits should not be penalized by the government for practicing the religion of their choice. Until this issue is corrected, India’s promise of religious freedom in Article 25 of the constitution remains just words on paper for more than 200 million citizens.

Perhaps the most egregious act of persecution by the Modi administration is its inaction.

There are virtually limitless reports on persecution against pastors, new or lifelong Christians, and whole churches. Hindu extremists who commit acts of vandalism, violence, and even murder frequently go unprosecuted if there is no public outcry to hold the government accountable.

This knowing inaction by the Modi administration may be the single most significant contributing factor to the dire state of religious freedom in India and a passive form of persecution that allows Hindu extremists to persecute India’s Christian minority with impunity.