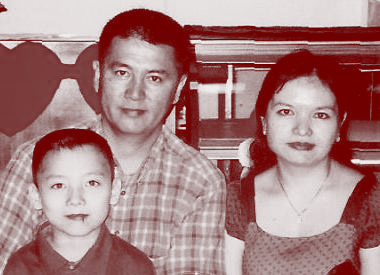 02/19/2022 Washington, D.C.—Alimujiang “Alimjan” Yimiti is a Uyghur Christian pastor in China’s western Xinjiang province, a region now well-known following allegations of genocide against its Uyghur Muslim population. Pastor Alimjan was detained on the allegations of “inciting separatism” and “leaking state secrets” following a conversation with an American colleague. Alimjan is currently serving a sentence of 15 years in a Urumqi prison.

Alimjan is a former Muslim who had converted to Christianity and became involved in a local house church in Kashgar, the capital of Xinjiang. Xinjiang authorities targeted Alimjan for his alleged ministry to the Uyghur people group, an ethnic population who, at the time of Alimjan’s arrest, was coming under scrutiny by the Chinese government. In September 2007, Alimjan was accused by the Kashgar authorities that he was using his business, Xinjiang Jiaerhao Foodstuff Company, as a front for spreading Christian messages to Uyghur people.

Months went by, and in January 2008, Alimjan was detained by Chinese authorities on suspicion of inciting separatism and leaking state secrets. However, he was not formally arrested—that formality wouldn’t come until February. The cause of his arrest follows a conversation he had with an American colleague, sharing the experience of his earlier interaction with the authorities. While this was hardly the leaking of state secrets that are alleged by the Chinese authorities, particularly given that Alimjan had no access to classified material, the contents of Alimjan’s earlier conversation with the police were likely made confidential, setting Alimjan up to be scooped up later.

By April 2008, Alimjan was still in detention, awaiting a trial for the questionable allegations. Having learned about the case, the UN Working Group on Arbitrary Detention ruled that Alimjan’s detention was arbitrary, finding that it was solely because of his religious activities. However, Alimjan’s situation did not change.

He spent over a year in detention by the Chinese authorities while the Chinese courts and prosecutors tried to settle on a charge; he was finally sentenced to 15 years imprisonment for “disseminating state secrets overseas” in July 2009. The charges of separatism were mysteriously dropped throughout this series of secret trials, as there was scant evidence to support the charge. He tried to appeal his sentence; however, the Chinese courts rejected the attempt and upheld his 15-year sentence.

While Alimjan’s sentence will end soon, the arbitrary arrest and punishment at the hands of the government are a horrendous reminder of the severe persecution Christians face in China. His arrest also comes at the beginning of a significant spike in religious and ethnic persecution now seen in the Xinjiang province. Here, the Chinese government has conducted mass internment, forced labor, and forced sterilizations against the Uyghur ethnic and religious groups of whom Alimjan’s work was intertwined. This rise in persecution has been declared a genocide by the U.S. and has remained a significant black eye for Beijing’s role as Olympic host.

As Beijing keeps the world’s eyes fixed on the Winter Olympics amid a travesty in Xinjiang, pray for those like Alimjan, who are currently suffering persecution, for their willingness to share their hope in the face of state suppression.