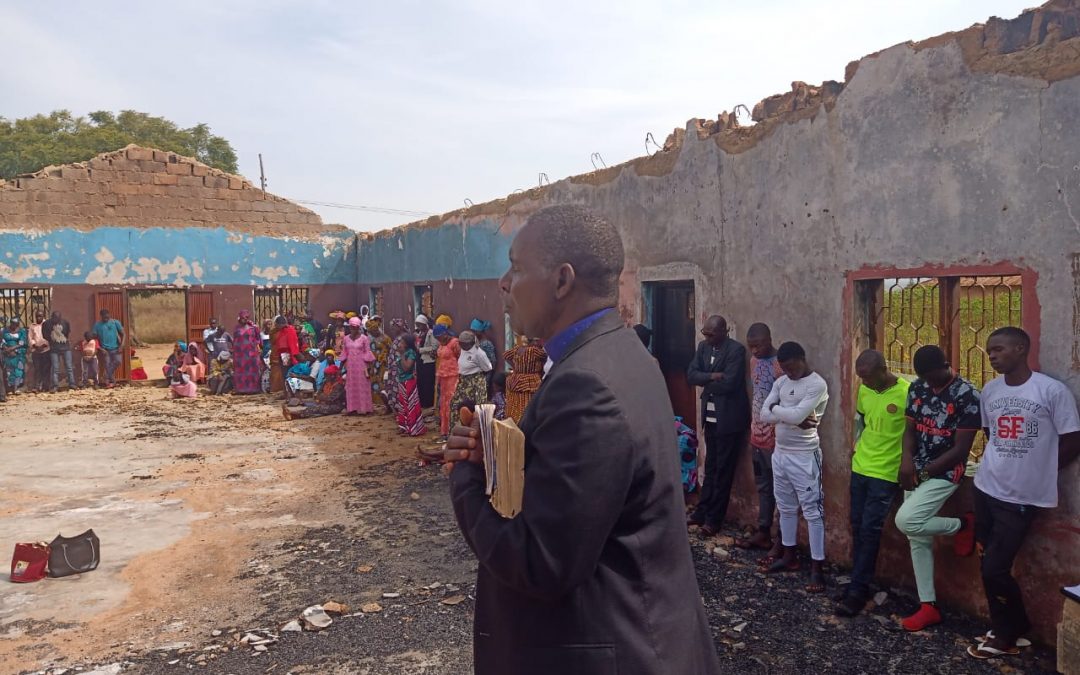 02/12/2022 Nigeria (International Christian Concern) — The events leading up to the death of Reverend Shuaibu Yohanna are inconceivable for most westerners. But for Christians in northern Nigeria, such occurrences have become commonplace.

Reverend Yohanna was assaulted in September 2021 in a village in Nigeria’s northeastern state of Kano. A man in the village who had recently left Islam killed a woman, and while the man was not a practicing Christian, extreme Muslims assumed Christianity was the cause of the murder.

The uprising that ensued from the Muslim community forced Reverend Yohanna to flee the area. He came back, however, when he felt the need to protect the students at the Christian school he had founded.

While on his way to evacuate the school, a mob of Islamic radicals attacked the Reverend and macheted him to death.

The north is the stronghold of Islam in Nigeria, and twelve northern states have adopted criminal Sharia law. This has led to discrimination against Christians at an unprecedented level and given extremist groups the courage to act out against minorities.

Hundreds, if not thousands, of pastors have been threatened, targeted, and killed by jihadists over the past decade, often leaving behind grieving families without any means of income.

In December 2021, extremists sent a threatening letter to Christians in northern Zamfara state, telling them to close all churches and stop worship or risk “ferocious attacks.” With little confidence in protection from their Muslim-led government, believers were forced to relocate or hide their faith.

This left pastors, who depended on the tithes of congregants as salary, with no means to provide for their families.

In December 2021, through the aid of ICC’s generous donors, we distributed packages to 150 pastors, or their widows, in six of Nigeria’s northern states. Each package served an entire family and included various food items, hygienic products, clothes, and a cash gift.

With your help and through God’s provision, ICC will continue to seek out and serve Christians who are truly amongst the most persecuted in the world.