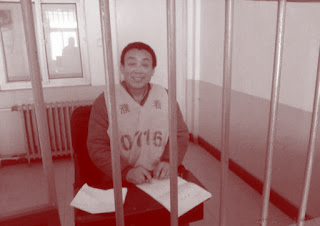 02/11/2022 Washington, D.C. — Pastor Zhang Shaoji was the pastor of the Nanle County Christian Church, a Three-Self Patriotic Movement (TSPM) affiliate in Henan, meaning it was sanctioned by the Chinese government. Pastor Zhang acquired a new piece of land that he intended to use for a new church for his congregation, but he quickly fell out of good graces with the Chinese government. Pastor Zhang is currently serving a 12-year sentence on trumped-up charges for his involvement in this dispute.

Upon his acquisition of the land, Pastor Zhang quickly found himself in a land dispute with the local government. This dispute quickly drew the attention of the central government, putting Pastor Zhang on an unequal footing. Chinese authorities planned to meet with him at his Church to resolve the dispute in November 2013. However, on their arrival, they took Pastor Zhang and 20 other Christians into custody.

Pastor Zhang was held for seven months, and in July 2014, he was sentenced to 12 years in prison for “fraud” and “gathering a crowd to disturb public order”—neither charge dealing with the land dispute. Pastor Zhang tried to appeal this conviction multiple times and only received harsh treatment and torture by his captors as a result.

Others have speculated that the government’s targeting of Pastor Zhang went further than the land dispute or even the desire to stop his congregation’s growth, but to also put an end to Pastor Zhang’s often defense of those who were having their rights violated.

As we know now, the TSPM has become more in line with the Chinese Communist Party’s (CCP) agenda, and Pastor Zhang would have been a roadblock in Henan. Today, the CCP has continued to expand its reach over Christian pastors through strict oversight and surveillance of the TSPM across China.

Given the mystery around these charges, ICC investigated Pastor Zhang’s sentence in 2014.

During conversations with locals of Nanle County, ICC was told, “he who has a mind to beat his dog will easily find a stick – the government wants to get rid of Pastor Zhang, and they can easily find excuses.” Regardless of the specific charges, the arrest and sentencing of Pastor Zhang show little outside of a deliberate attempt to prevent his growing presence and congregation in Henan.

Pastor Shang has continued to serve out his sentence, keeping his faith and spirits high, even though he has been treated terribly by the Chinese authorities. He has been forcibly starved and deprived of sleep, and his cell was fitted with CCTV cameras to ensure he never had his hands on a bible or any non-approved literature. His case gained profile as his daughter, who escaped China after his arrest, joined a delegation that met with the Obama administration and informed them of her father’s condition.

In January 2021, after seven years in a Xinxiang prison, Pastor Zhang’s family learned that he was transferred to a Xinmi Prison in Zhengzhou. They were also informed that Zhang would receive a “collective education” while at this new prison. Xinmi Prison is the facility that is reported to hold many Falun Gong practitioners and has a bad reputation as a result. Reports of torture and hard labor against the Falun Gong followers have been reported from Xinmi, having left many of those incarcerated with permanent mental disorders and even death. In October 2021, optimism returned when according to ChinaAid’s Bob Fu, news arrived that Pastor Zhang remains “peaceful regarding his imprisonment for the Lord.”

As Beijing touts its government-regulated freedom of religion, pray for those slandered for practicing their faith according to conscience, like Pastor Zhang, who chose his congregation over the priorities of the government.

“Blessed are you when people insult you, persecute you and falsely say all kinds of evil against you because of me. Rejoice and be glad, because great is your reward in heaven, for in the same way, they persecuted the prophets who were before you.” – Matthew 5:11-12