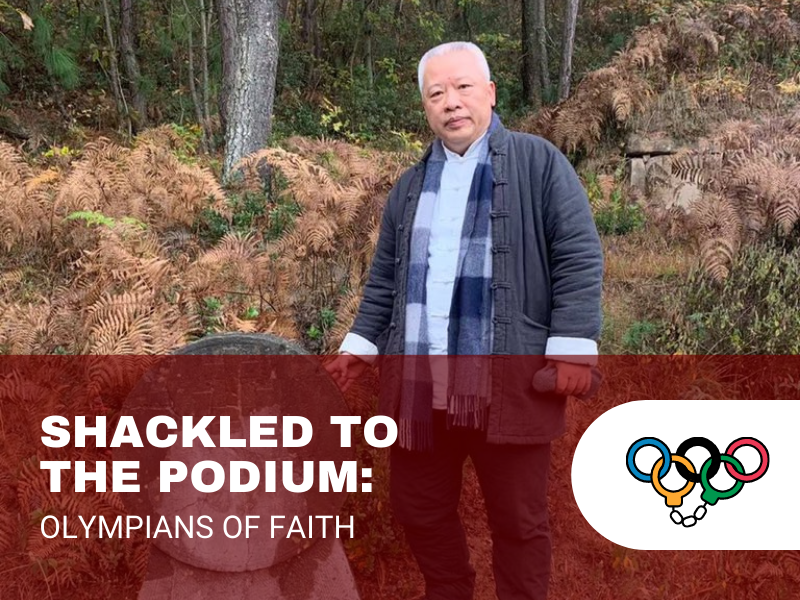 02/06/2022 Washington, D.C. — Elder Zhang Chunlei from Guiyang Ren’ai Reformed Church was supposed to be released after an 11-day administrative detention in March 2021. Yet, he never left his detention center and instead was charged with “fraud.”

On March 16, 2021, several members of Guiyang Ren’ai Reformed Church were having a Bible study at a rented room in Wenzhou Hotel when the police interrupted their activity and accused them of organizing an illegal gathering. The police checked their IDs and cell phones before taking some of them to the Yan An Zhong Road police station.

At 5 p.m., elder Zhang Chunlei from the church went to the police station to negotiate his members’ release but was detained himself. The next day, the police went to Zhang’s house and confiscated his computer, cell phone, and some valuables. His wife, Yang Ai-Qing, was notified of his administrative detention, which would last 14 days (later changed to 11 days).

While the other three Christians from his church—Chen Jianguo, Li Jinzhi, and Li Lin—were released after three days of administrative detention, when Zhang’s wife Yang went to pick him up on March 28, the police told her that he had already been sent elsewhere for investigation.

The next day, the police notified Yang that her husband was now being criminally detained and charged with “fraud.” His arrest was not made official until May 7.

On July 3, his wife stated that detention center officials had repeatedly refused to allow his attorney to visit him. She said that the attorney attempted to see him four times and was denied even though his requests complied with the laws. The last time his attorney was able to meet with Zhang was on June 4. Officials claimed that Elder Zhang was “being interrogated” and that they could not arrange a meeting.

Last October, Elder Zhang’s lawyer went to Guiyang to retrieve legal documents pertaining to Zhang’s case from Yunyen district’s Procuratorate. According to the recommended indictment, the Public Security Bureau in Guiyang accuses Zhang of not having the status of state-vetted religious clergy, yet he held religious gatherings and swindled believers of 100,000 RMB ($15,642 USD), committing fraud.

On the same day, Zhang’s lawyer met with the state security officer in charge of Zhang’s case. The officer informed Zhang’s lawyer that during the investigation, the authorities found that Zhang’s action also allegedly involved “subversion of state power,” hence they have established another case against Zhang.

On January 5, 2022, elder Zhang finally got to see his lawyer again at Guiyang City Second Detention Center, more than six months after their last meeting. Zhang is doing great and has peace and joy in his heart. He wishes to pass his greetings to churches that have been praying for him. He was in good spirits as he sang songs of praise.

Despite his unjust treatment by the Chinese government, Elder Zhang once said, “I do not have a grudge in my heart against the police. I love them as well as the State security officers and prosecutors who handle my case. I pray for them. I love and pray for my country — China.”

Elder Zhang’s case is noted by the United States Commission on International Religious Freedom. He was marked as being detained for his religious identity and activity. The house church leader is vocal against religious persecution. It is unknown how much longer he will remain incarcerated.

“He makes me lie down in green pastures. He leads me beside quiet waters,” Elder Zhang Chunlei’s last Tweet before his arrest