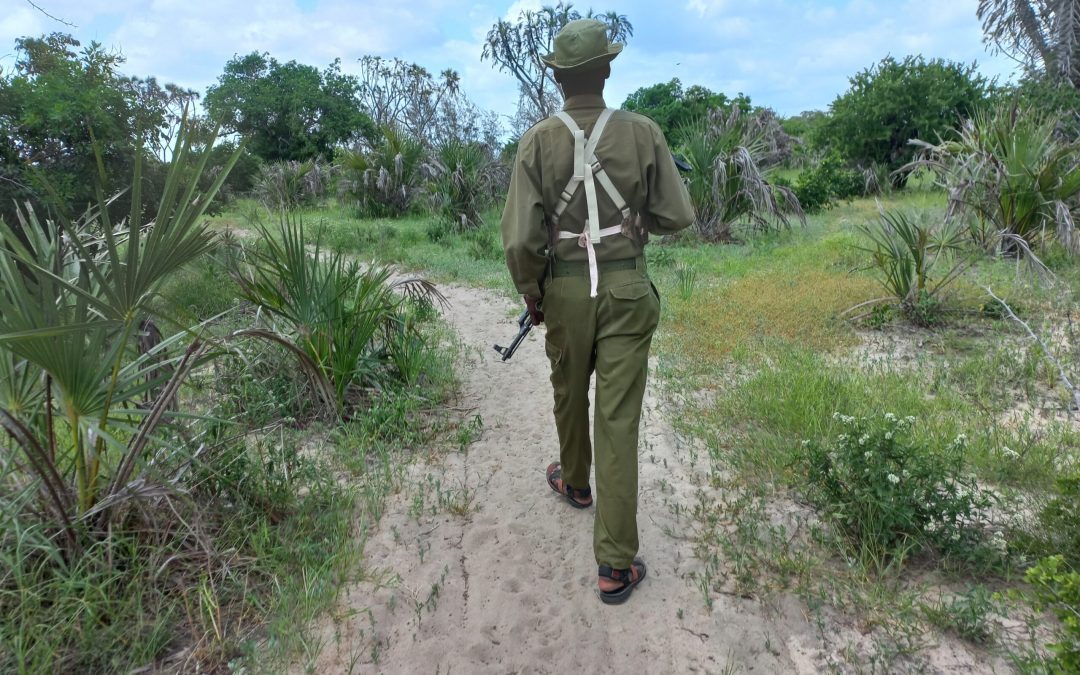 02/04/2022 Kenya (International Christian Concern) –  Japheth Mbithi has been hailed as a hero by Lamu West residents after he repulsed terrorists from advancing with their onslaught on the Christian villagers of Bobo-Sunkia in the Hindi division, Lamu. The courageous police reservist stopped an ongoing attack by firing guns in the air and calling the police, who responded more promptly than expected.

“We were aware that there was an attack that had happened in a nearby area, and the terrorists are fond of staging a series of assaults before they go to a different place,” Mbithi told ICC in a recent interview. “My colleagues and I were fully prepared to protect the community the government has entrusted us with. I heard gunshots from a direction that none of my colleagues were assigned, and so I told my wife and children to get ready to flee to the farm in case it was an attack. Before they could even dress up and put on shoes, I saw lights from a distance and heard the noise of someone pleading for his life.”

The National Police Reservists of Kenya are reputable men and women picked from their communities, given basic police training, armed, and sent back to their communities to assist the regular police in maintaining law and order.

Mbithi and his family had no choice but to leave their house for a safer place.

“They ran out and hid on the farm. I shot three times in the air in intervals of two seconds and scampered for my safety. I lay flat on the ground in the bush and made a phone call to the police. My colleagues had heard the gunshots that I had made, so they called me to check whether I was safe. I told them the terrorists were approaching my home, and they had kidnapped someone, but we managed to flee.”

There was a period of deafening silence as villagers alerted each other by phone to take cover. The incident occurred on January 3, 2022, just a day after six people were killed and homes burnt in Widho village, 60km away. Mbithi had just saved a situation that would have been worse.

“The light that I had seen disappeared, and the noise too. I was worried they would trace where I was shooting from and set my house on fire. But they turned back. The police officers also arrived, and we went together to fight them.”

The Bobo-Sunkia village lies inside the dense rainforest of Boni that stretches to Somalia and serves as a hideout for al-Shabaab militants who occasionally sneak out to attack Christian villages and travelers in Kenya’s coastal Lamu county.

Mbithi continued, “Before we could reach them, they had torched three houses, abducted two men, and were hastily making their way back to the Boni forest. We watched as the houses went up in flames. We kept vigil until morning, when villagers emerged from their hideouts. What hurt our hearts most was finding a body burnt beyond recognition in one of the houses. We later established that it was our friend John Gichoya, who was a respected elder in our community.”

After one week, the bodies of the two abducted men were found in the forest mauled by wild animals. Japheth Mbithi, however, doesn’t think that he is a hero and wishes that he could have saved his three friends.

“It pains me a lot that I could not do anything more to save my three friends. If only I were able to deliver them from the radical Muslim fighters who claim to kill for their god, I would have come to fight for them for the glory of God.”