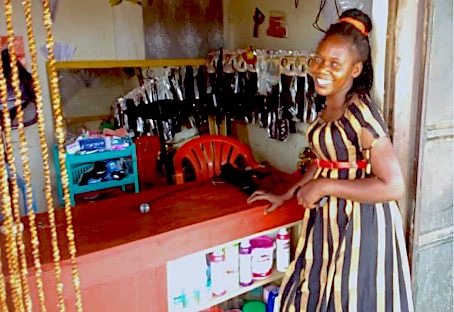 01/10/2022 Uganda (International Christian Concern) – It’s no secret that a Muslim who converts to Christianity in Uganda faces extreme danger. As they come to Christ, Muslim-background believers (MBBs) often lose relationships, security, safety, and other worldly comforts. This was the case for Nalubega Janat, who gave up everything to be a Christian after having her first child.

Janat converted to Christianity in 2014, and her family immediately disowned her. Still, she continued in her new faith, along with her husband, with whom she had two more children. However, years into their marriage, her husband became abusive.

Unable to return home to her family without converting back to Islam, Janat was forced to take her children and flee the abuse, with nowhere to turn for help. Thankfully, she eventually found a temporary place to stay. But time was running out, and she needed to find a way to earn an income to sustain her family.

In October of 2021, ICC heard of Janat’s story, and visited the village where she was staying. During a meeting with her and her Pastor, Janet informed ICC that before having children she had taken courses to become a hairdresser. She had always dreamed of working in a salon, but never imagined she would be given such an opportunity.

Two months later, ICC returned to Janat’s village with the news that she could have her very own shop. Janat was taken to buy all of the necessary supplies for her store, including a sink, hair products, mirrors, extensions, braiding tools, a television, standing driers and more.

With boxes of supplies filling the car, Janat was then brought to her shop which had four months of rent pre-paid. She was also given additional capital to get her business off the ground. While ICC staff helped Janat set up her store, other volunteers joined and helped unload boxes. She even received her first customer that day.

Janat could hardly express her joy as she marveled at what Jesus had done for her. Through tears, she told ICC that she was going to use the salon to spread the Gospel, and tell all of her customers how Christ cared for her in her darkest moments.