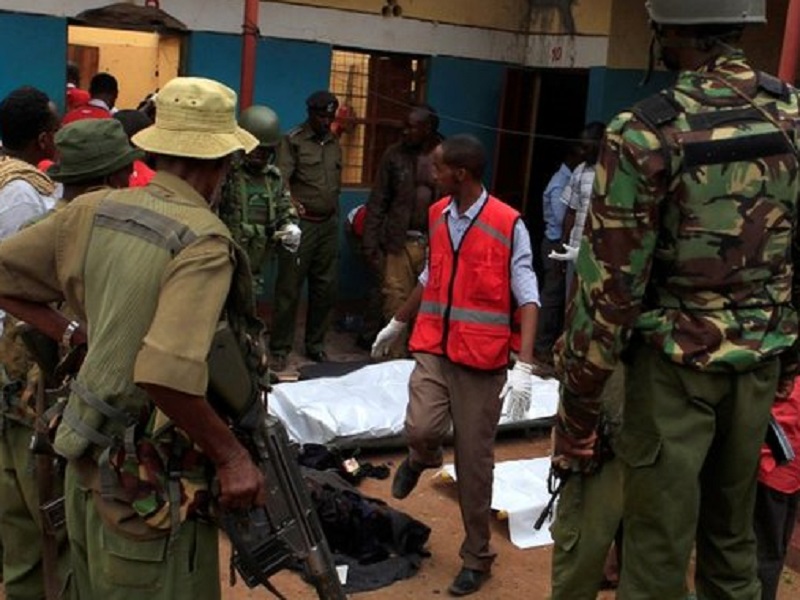 Speaking to International Christian Concern (ICC) from the site of the attack, Pastor Stephen Sila of a local church in Majembeni confirmed the incident, saying, “It is an ugly sight of people’s bodies lying dead and houses smoking with fire. This is undeniably an awful terrorist attack.”

Stephen arrived at the scene after receiving calls from his parishioners living within the Christian village.“I counted seven houses that were torched down, four bodies of people burnt beyond recognition inside the houses,” he said. “A body shot dead right outside a burnt house and another beheaded body next to it. Other villagers escaped into the dark, and the police are still looking for them.”

He continued, “The residents have gathered and are asking why the security officers were not doing enough to protect the Christians from being attacked by the Somali militants. There is a standoff now, but more police officers are arriving to pick up the bodies and also evacuate those who need emergency medical attention.”

A church leader overseeing the Lamu West Africa Inland Churches told ICC that the attack confirms that believers are still at risk in the country. “The enemy is still roaming free within our region,” he said. “We are saddened that six Christians have lost their lives and left their families, and the entire body of Christ is hurting. We call upon the government to heighten its commitment to protecting the people of this great nation of Kenya. We also ask the global body of believers to join hands with us in prayer and material support for the affected families.”

The head of the Lamu County police visited the village and assured citizens that security officers were in pursuit of the terrorists, who had likely returned to the nearby Boni Forest. “We are working on the issue…We shall share more information soon, but we have cordoned off the area to piece the security information together, as well as go after the perpetrators of this heinous act,” he said.

In recent years, al-Shabaab, a Somali-based, al-Qaeda-aligned terrorist group, has carried out attacks at the beginning of each year to commemorate previous January attacks. On January 15, 2016, more than 200 Kenya Defense Forces (KDF) soldiers on a peacekeeping mission in Somalia were killed by al-Shabaab in El-Adde. On January 15, 2019, 21 people were killed by the militants at Dusit D2 Hotel in Nairobi upmarket. On January 5, 2020, Manda Bay airfield, the most guarded Kenyan and US military base in Lamu, was attacked by the group, and three Americans were among those killed.