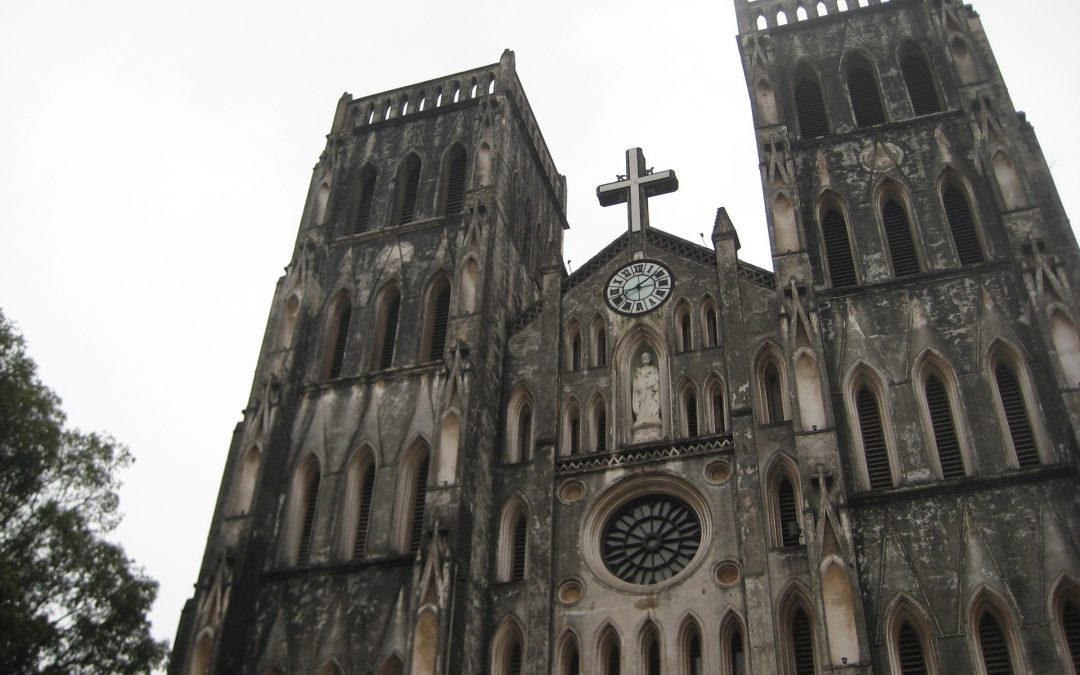 11/14/2021 Vietnam (International Christian Concern) – Authorities in Son La province in Vietnam, a province which used to reject and purposefully fail to recognize all religious activities, have come around to recognizing a Catholic parish in the region which has existed informally for 30 years. The parish is Moc Chau Parish in Son La province, located in the northwest of Vietnam. This is the first parish in Son La—a province with eight parishes—to be officially approved and recognized by the government.

To commemorate the occasion, a special Mass was held on November 6. Bishop Peter Nguyen Van Vien, the apostolic administrator of the Diocese of Hung Hoa, presided over the mass. Also present at the Mass were Emeritus Bishop John Marie Vu Tat, 21 priests, and many congregants, including local authorities as well as Buddhists who came to honor the occasion and pay their respects.

Bishop Vien’s homily during the Mass discussed God’s providential work in guiding the parish to its current state. He said that the parish, which was established in 2015 by Bishop Tat, owed its existence to priests, religious, and local people who steadfastly pursued Catholic community in the face of numerous difficulties. During the ceremony, Bishop Vien also appointed Father Joseph Nguyen Cong Binh as the first parish priest of Moc Chau. Father Binh has served Moc Chau since 2018, but now he will be formally recognized by the government as the parish priest.

In terms of its parishioners, Moc Chau parish has 240 families, numbering almost 900 people in four subparishes and two mission stations in two districts of Moc Chau and Van Ho. This high number adds to the number of parishioners in the other seven parishes in Son La province. Time will tell whether the Vietnamese government will come to recognize the other seven parishes, contributing to greater religious freedom and flourishing for Christians in Vietnam.