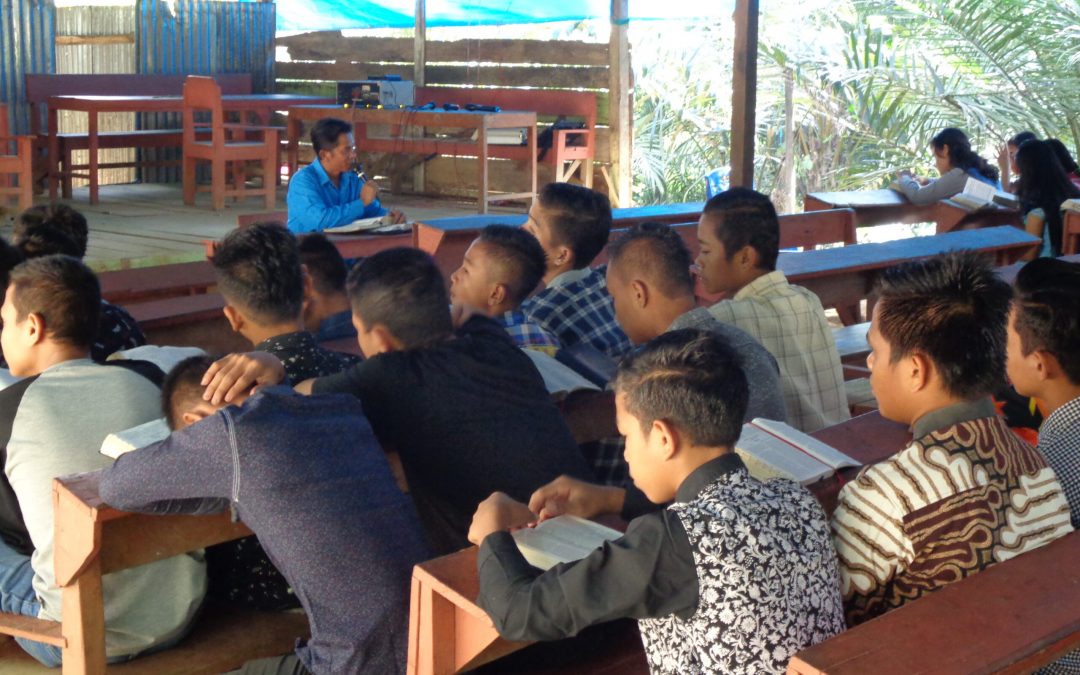 It is therefore not surprising that the Christian inhabitants of Aceh often face discrimination and persecution for that matter. In fact, after the local mob burned down two churches, Indonesian authorities demolished eight Protestant churches and one Catholic church in Aceh amid rising religious tension in 2015.

In December 2019, ICC’s Indonesia Representative visited four destroyed churches under the denomination of GKPPD (Pakpak Dairi Protestant Christian Church) to learn about the challenges faced by the churches in Aceh Singkil.

Of the four churches that experienced the demolition— one church was burned by the crowd and three others were destroyed by the government through the Civil Service Police Unit (SATPOLPP). ICC’s rep was able to meet with the leaders of these churches and interviewed them about their decadeslong struggle as Christians.

During the interview, he realized that there are two vital and fundamental things necessary in the development of these churches. First, a training to equip every church leader is needed so they can live Christ-centered lives. Second, there is a need for Bibles in their local language.

Due to the pandemic, training was not feasible given travel restrictions and an uptick of confirmed cases. In response, ICC decided to move forward with providing Bibles in the local language, Pakpak Dairi, to support their needs.

Elder Labas told ICC, “Thank you ICC for the donation of Bibles in Pakpak language, our local language, to our Church GKPPD Sanggaberu Aceh Singkil. As a leader in this church, I took the initiative to give it to our youth, with the hope that they can love God’s Word more. Of course, I will encourage them to read it [going forward]. I believe that by reading the Bible, especially in the local language, we will strengthen the faith of our youth, which of course will be the successors of this church.”

After receiving the Bibles, the youth from GKPPD Sanggaberu said that it is now easier for them to learn about the Word of God. They pledge to be more diligent in coming to church and studying God’s word.

Elder Gunawan also expressed his gratitude to ICC. “As an elder of GKPPD Mandumpang, I am very grateful to ICC for providing Bibles in our local language. This has been one of my struggles as a leader, because I have long witnessed that some members of our congregation do not have a Bible in the local language, whereas some do, but they were torn and very old. Thank you again, because now some of our church members can finally have their own Bibles,” he said.