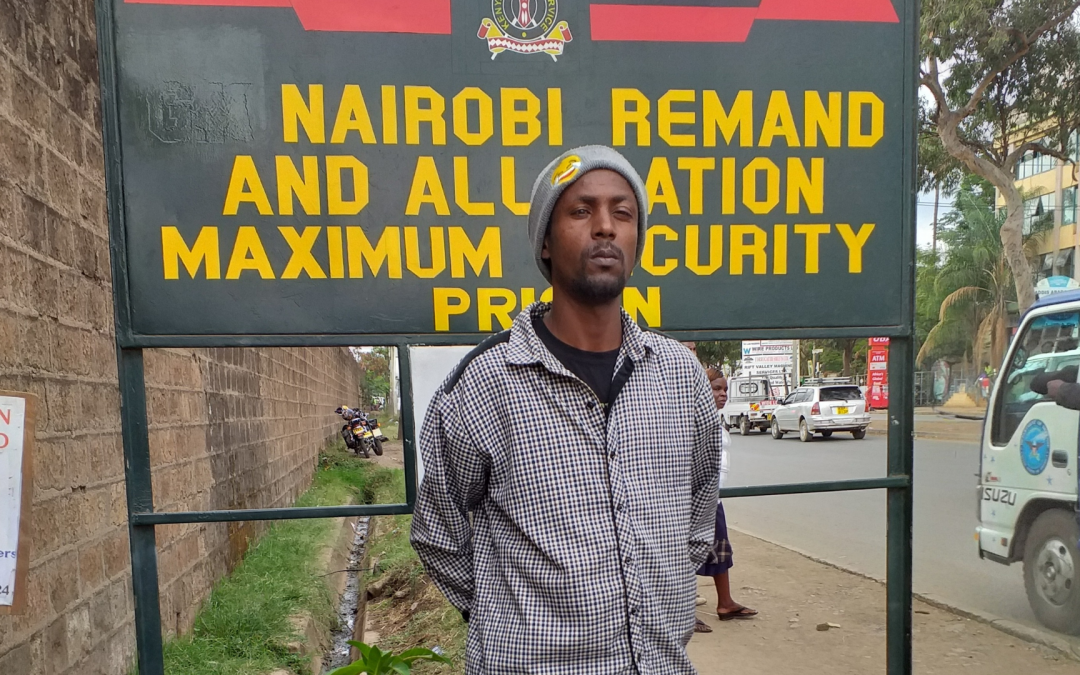 10/29/2021 Washington D.C. (International Christian Concern) – International Christian Concern (ICC) has learned that on October 25, a court in Kenya dismissed a case against Hassan Hussein who was falsely accused of possessing and selling hard drugs. His case began on January 19, 2019 when the local Muslim community—where he formally belonged before becoming a Christian—collaborated with Muslim policemen to beat and arrest him.

They alleged that Hassan, the firstborn of a family of 10 former Somali Muslims, was in possession of illegal drugs, an army jungle jacket, and claimed he was a member of a Somali-based terror group. Somali Christians in Kenya routinely face hatred, threats, and harassment from the Muslims once they leave Islam and become Christians, even to the extent of being kidnapped and killed.

Overjoyed with the termination of his case, Hassan said, “The Lord never sleeps and he never slumbers. This has been a very trying moment for me and my family. I was falsely accused and beaten by some police officers known to me because I refused to return to Islam. I was charged for peddling drugs and belonging to an Islamic terror group, of which I did not. This is a huge win to the kingdom of God.”

When the ICC learned of Hassan’s case, action to secure his release was taken immediately by placing a cash bail. We began by visiting him in jail on February 2, 2019, and finally paying the bail on April 25. “Since April when the ICC paid my cash bail and got me out of jail, I have been attending the court hearings faithfully until the magistrate declared that I had no case to answer. In all the times I have gone to court, the prosecutor in my case failed to prove the charges that were leveled against me and kept asking for more time to tighten his case. Although at first, I had told the court that I was being persecuted for becoming a Christian, they did not believe it for I could not show evidence of such an abstract claim, but today, they all acknowledged that my God is great.”

Hassan will not press charges against the policemen that assaulted and falsely accused him. He said,“I would not want anybody to go through what I experienced. I have got all the grounds and the legal credibility to sue them back, but I won’t do it. I will leave the matter to rest and pray that they also come to Jesus for their salvation. Let them know that I have forgiven them and that God can forgive them through Christ Jesus.”

Hassan’s family converted to Christianity in 2008, leaving their relatives and the local Muslim leaders puzzled. For that reason, they have changed their residences five times for fear of being attacked. His mother said, “My son has finally been cleared of the allegations and we praise the Lord for doing it for us. We are still asking for prayer because the Muslims we left behind keep on pursuing us. We hope that they will wear out soon and rest their lives in Christ the Lord. But until then, we shall not look back and turn from following Jesus our savior.”

ICC’s Regional Manager for Africa, Nathan Johnson said, “I am really glad to see Hassan freed of these charges. He is now able to freely live his life. I am also grateful to him for his Christlike forgiveness of those who hurt him and his family. He is a true example of Christ to a lost world.”