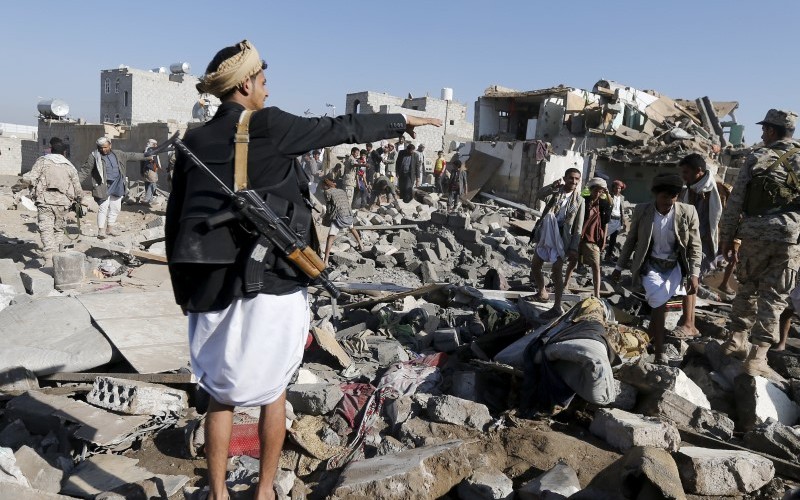 10/23/2021 Yemen (International Christian Concern) – The ongoing Yemeni Civil War between the Internationally Recognized Government (IRG) forces and Houthi forces has intensified recently, with negative consequences for Yemen’s Christian population. After a brief lull in fighting, conflict resumed between the IRG and Houthi in September, killing 400 people as the Houthi fought for control of Marib. Houthi forces have also fought IRG and Al-Qaeda forces in Al-Baydha, exacerbating the ongoing conflict. Amid the war and its devastating effects on material and spiritual well-being, Yemeni Christan parents face especial pressure to provide for their children, given the intense climate of fear.

Christians in Yemen face extreme persecution, and Yemen ranks 7th on Open Doors’ World Watch List of countries that persecute Christians. Most Yemeni Christians keep their faith hidden, as leaving Islam is forbidden in Yemen. Persecution of Christians in the country comes from a variety of factors, including the dominance of Islam in the nation, the ongoing civil war, and the COVID-19 pandemic, which unequally distributed aid to citizens by going primarily through Muslim networks.

Yemen comprises one of the world’s worst humanitarian crises, with 233,000 people dead since 2015 due to effects of the conflict. Women, children, and minorities have been especially vulnerable, and, according to the United Nations, Yemeni children experienced over 8,500 “grave violations” in the last two years. Commenting on the conflict, Hans Grundberg, the Special Envoy for Yemen, said to the UN Security Council that Yemenis face “unrelenting violence to fuel and electricity shortages to surging food prices,” and that “Yemenis all over the country live with severe limitations on their freedom of movement and of the movement of essential goods due to ongoing fighting, checkpoints, road, port, and airport restrictions.” According to Grunberg, state institutions have also been affected by the crisis, such that Yemeni have to “navigate dizzying and often contradictory administrative requirements.”

Amid these dire circumstances, Yemeni Christians have received support and prayers from international partners. These partners have helped the Yemeni remain steadfast in Christ and pass down Christian lessons to their children. One teacher of Yemeni Christian children offered the story of Joseph as a valuable teaching for Yemeni children, remarking, “The harsh reality of life can sometimes knock us down. Yet the life of Joseph demonstrates God’s ability to transform undeserved adversities into a positive result. Also, many relationships stay broken for years because of an unwillingness to apologize and forgive. We can see that the children are participating in reconciliation now as they are taught these principles at a young age, and they are lessons that will have lifelong benefits.”