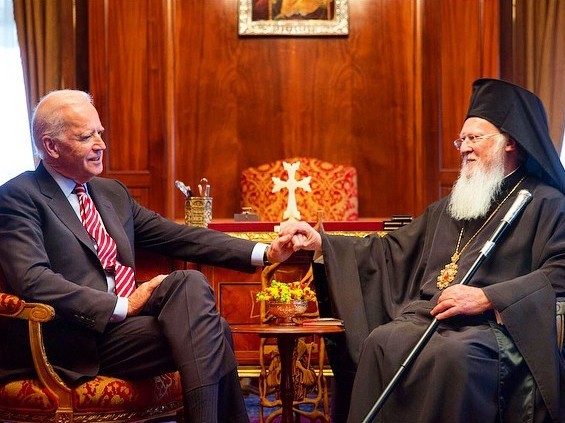 10/22/2021 United States (International Christian Concern) – This week, a bipartisan group of 48 senators sent a letter to President Joe Biden asking him to extend a welcome to His All Holiness Ecumenical Patriarch Bartholomew, the spiritual leader of the Eastern Orthodox Church, during his visit to the United States next week. Senator Marco Rubio (R-FL) and Senator Bob Menendez (D-NJ), two senators known for their positive records on international religious freedom, led the effort.

Many in the American Orthodox Christian community as well as other faith communities are celebrating the Patriarch’s trip, which comes amid the 30th anniversary of his election as Ecumenical Patriarch. Patriarch Bartholomew is well-known for his advocacy on interfaith dialogue and has even been awarded a Congressional Gold Medal.

This trip also comes at a tumultuous time for U.S. relations with Turkey, which has inhibited religious freedom for the Ecumenical Patriarchate, located in Istanbul, and the wider community of Turkish Christians. For example, the Turkish government has failed to recognize the legal personality of the Ecumenical Patriarchate and has failed to reopen a major Theological seminary in the country, essentially preventing the Patriarchate from training Orthodox clergy within Turkey.

“We are hopeful that this trip to Washington, D.C. will be met in the extraordinary manner and appropriate protocol with which you hosted him as Vice President in 2009,” wrote the senators. “As you know, an exceptional welcome is appropriate for the spiritual leader of the second largest Christian Church in the world and a person of his many valuable accomplishments. We appreciate the fact that His All Holiness is a world-leading advocate for interfaith dialogue and peace.”

President Biden, who previously met with Patriarch Bartholomew while serving as vice president, has continued to push back against Turkey. Earlier this year, Biden became only the second president to officially recognize the Armenian genocide committed by the Ottoman Empire in 1915, a move that angered Turkish leaders that have engaged in a systematic campaign of denial of the genocide.

The senators closed the letter by urging the president to seize this “excellent opportunity for our Congress and your Executive Branch to follow in the Ecumenical Patriarch’s footsteps and demonstrate our mutual desire for the spirit of peace and cooperation.”