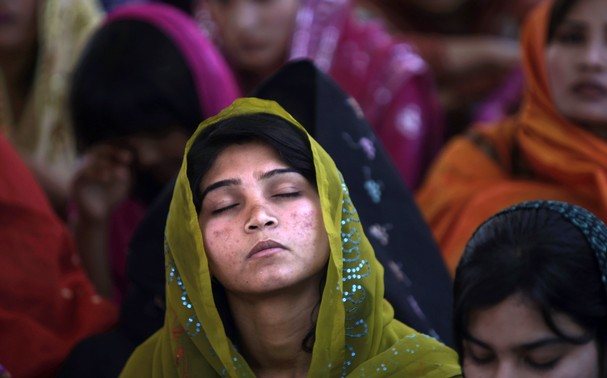 10/18/2021 Pakistan (International Christian Concern) – The People’s Commission for Minorities’ Rights (PCMR) and The Centre for Social Justice (CSJ), two Pakistan-based organizations, have reported a record rise in forced conversion cases of minority girls in Pakistan since 2020.

According to their report, 36 underage non-Muslim girls in Pakistan have been kidnapped and forcefully converted to Islam since the beginning of 2021. This is a 177% increase from the thirteen cases reported in 2020.

Speakers called on Prime Minister Imran Khan “to take cognizance of this extreme form of gender-based violence and a violation of the norms of freedom of religion,” reported the Tribune Wired. “The speakers categorically and unanimously termed the blocking of the legislation to stop forced conversions a regressive step.”

“I am dismayed to observe that religion is yet again being used to defend the abuses against minority women and children,” stated Justice Nasira Iqbal during the press conference. “In fact, it is a huge disservice to religion in the current context, to try to cover up heinous crimes perpetrated against minor girls of the minorities in Pakistan.”