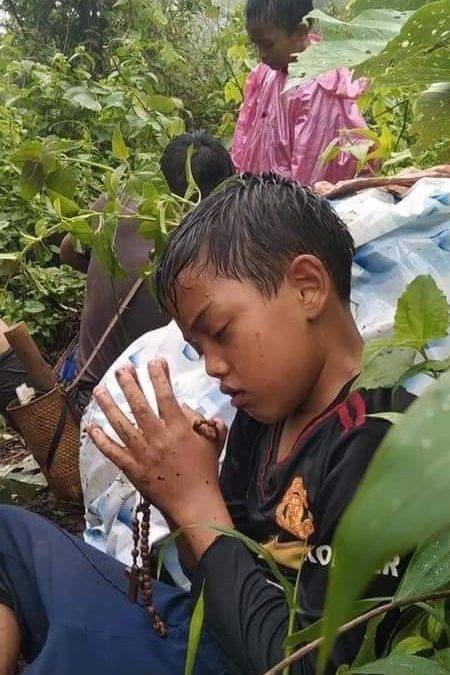 09/28/2021 Myanmar (International Christian Concern) – As fighting intensifies in all parts of Myanmar, after the parallel National Unity Government (NUG) called for a popular revolt against the Burmese Army (Tatmadaw) in early September, an increasing number of people are fleeing their home to neighboring countries.

More than thousands of Christians from Myanmar, mostly ethnic Chin, have sought refuge in India’s Christian-dominated Mizoram state since the coup took place last February. The Catholic Church in India’s Mizoram state has joined other Christian denominations and youth associations in assisting these Christian refugees.

According to UCA News, Bishop Stephen Rotluanga of Aizawl said, “At present there are around 15,000 refugees from Myanmar living in Mizoram, mostly in Champhai on the Indo-Myanmar border, a strategically important location.”

He continued, “The Church is engaged in humanitarian work along with several other denominations, Caritas India, Catholic Relief Services, the Young Mizo Association and NGOs. Our top priorities are to give them shelter, medicines and food and we have successfully executed our program along with the help of our partners.”

The state government has encouraged and appreciated the relief work and Mizoram’s chief minister had even asked the prime minister to help with emergency relief funds.

According to him, the Chins of Myanmar are ethnically related to the Mizos of Mizoram. Many of them have relatives in Mizoram and have historically travelled back and forth.