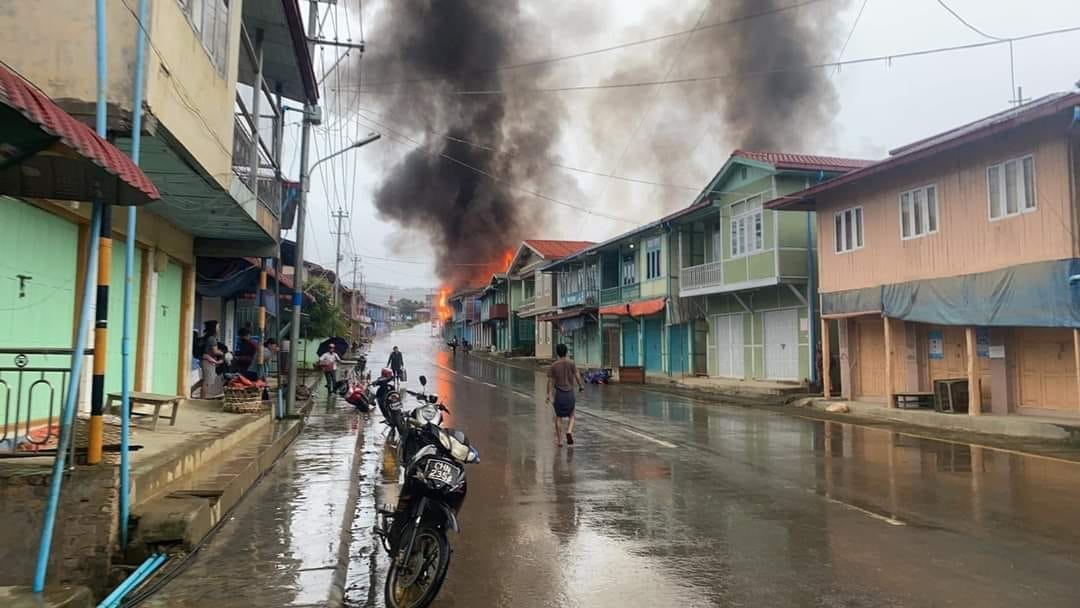 09/27/2021 United States (International Christian Concern) – According to a report from Foreign Policy, the United States and China brokered an agreement to prevent Myanmar’s military-led government from being recognized at last week’s session of the United Nations General Assembly. A compromise, the agreement allowed the representative from the former democratically elected government to remain as Myanmar’s representative to the UN for the time being but did not allow him to address the General Assembly

Myanmar’s military, known as the Tatmadaw, seized control of the government in a February coup d’état, deposing the country’s elected civilian leaders. The months since have been marked by widespread civil disobedience and popular uprisings around the country, met by a brutal military crackdown against pockets of civilian resistance. The Tatmadaw has killed more than 1,000 civilians since the coup and imprisoned over 7,000 more. Of this latter number, nearly 6,000 are still being detained, according to the Assistance Association for Political Prisoners.

Although the Tatmadaw arrested Aung San Suu Kyi, Myanmar’s civilian leader, during the coup, many members of her deposed government escaped and have re-grouped under the National Unity Government (NUG) banner where they are currently working to create a pro-democracy movement powerful enough to sweep the Tatmadaw from power and restore the country to democracy.

In an effort to bolster international recognition of their rule, the Tatmadaw attempted to send a military representative to the UN to replace current ambassador Kyaw Moe Tun, who supports the former democratically-elected government. The agreement between the U.S. and China, one of the Tatmadaw’s only major allies, blocks the Tatmadaw’s attempt to take Myanmar’s representative seat at the UN, at least until “UNGA’s Credentials Committee defers its decision on Myanmar’s U.N. representation until the end of the General Assembly session in November,” reports the Diplomat.

The international community has, for the most part, been united in its condemnation of the Tatmadaw. Its efforts to prevent the military junta from gaining a presence at the world stage shows their dedication to restoring democracy to Myanmar. According to Foreign Policy’s report, “Some in Washington see the effort to keep the junta away from the UN gathering as a key step to denying it further international legitimacy.” Several rounds of sanctions, coordinated by governments around the world, may have made some difference.

Still, the Tatmadaw has already been heavily sanctioned for years for human rights abuses stretching back decades. Earlier this year, it even mocked the new layers of sanctions, calling them ineffective and suggesting that the new sanctions were more symbolic than effective. In this, the Tatmadaw may have been correct, especially given the continued economic and military support it continues to receive from Russia and China.

“Myanmar’s National Unity Government deserves recognition and support from the international community,” said Jay Church, ICC’s Advocacy Manager for Southeast Asia. “The U.S. and its allies should refuse to deal with representatives of the Tatmadaw; it is not a legitimate government and does not represent the people of Myanmar. It should be rejected as it attempts to exert itself on the international stage.”