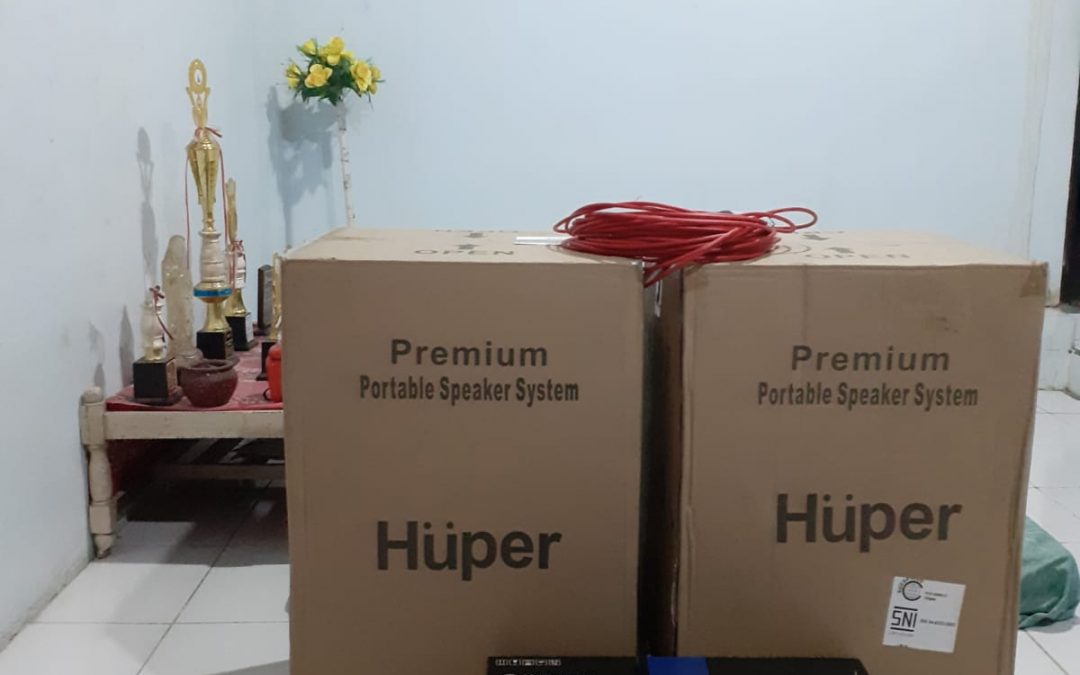 After the regent of Bantul H. Suharsono officially revoked and canceled the IMB of the church, the congregation was no longer allowed to perform worship services at the building.

While the church initially brought the matter to court, pastor Tigor Yunus Sitorus and his lawyer Budi Hermawan from the Yogyakarta Legal Aid Institute, along with Bantul Regent Suharsono, made the agreement at the Regent’s office last year to withdraw its lawsuit in court, so the matter could be resolved amicably.

Pastor Tigor said that he agreed to move the church to Argosari village from the previous location, which is about 3 kilometers away, for the future of his congregation.

Several months later, the IMB for the new church has finally been issued, construction is underway. Pastor Tigor reached out to ICC to ask for support as they slowly construct their church.

ICC gifted them a set of sound system tools so that the GPdI (the Indonesia Pentecostal Church) Bantul congregation can worship properly even though the church building is still in the process of being built.

PS.Yunus Tigor Sitorus told ICC, “On behalf of the entire GPdI Bantul congregation, I would like to express our gratitude to ICC for the assistance of a set of sound system equipment. This made us realize that we are not alone when we face struggles. We never even thought that we would get the attention of Christians outside of our country. Once again, thank you ICC! These speakers and mixer greatly support our worship process. Jesus bless you.”

In a video received by ICC, the church held a regular Sunday service in its half-completed building. The red bricks, concrete, and hardwood boards inside the church signify that it will still take some time before the church can be inaugurated. However, the congregation joyfully worshipped because they were grateful for a building where they can call their own spiritual home.