While All Eyes Are on Afghanistan, Brutality Against Christians Increases in Pakistan 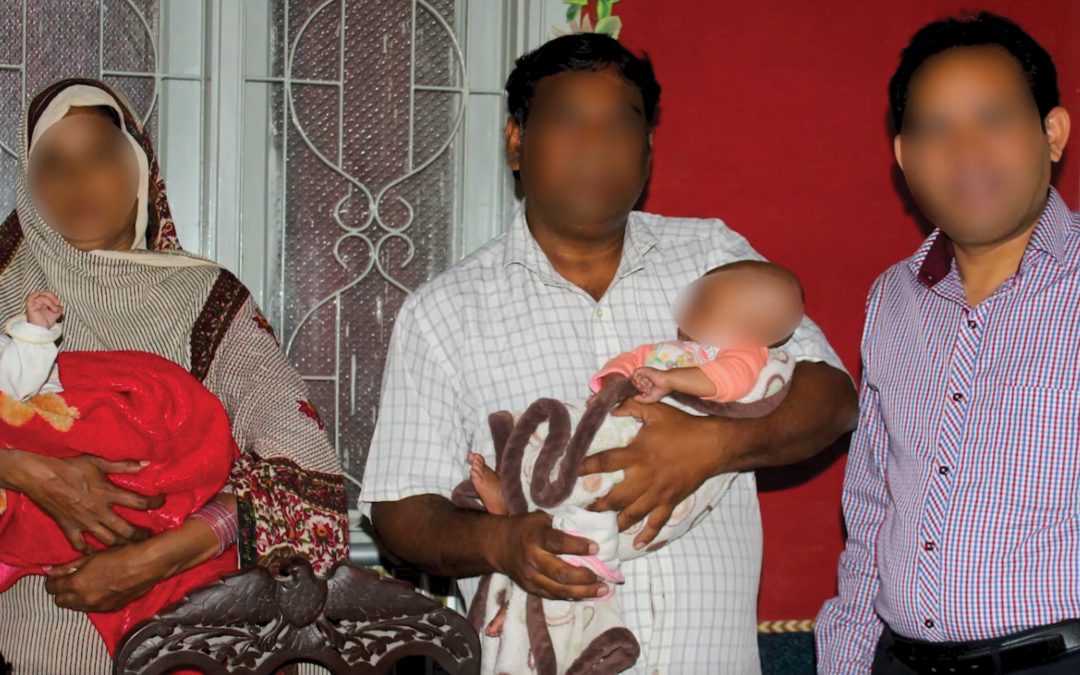 09/09/2021 Pakistan (International Christian Concern) – Christians in Pakistan claim that brutality against their minority is increasing daily. Private Facebook groups are filled with video evidence that Christians are under constant duress from the Muslim majority. Posts show injuries of entire families attacked by radicals, and captions say that neither Christian girls nor Christian settlements or places of worship are safe.

Many members of these groups continue calling on the government to protect their right to religious freedom, but their advocacy seems to be in vain. Several comments criticize prime minister Imran Khan for promising religious freedom protection without action.

One commenter stated that Pakistani Christians are in a worse position than dogs. Another asked, “Where are all western countries who are so involved [for] Afghans to give them safe passage but no one [cares] about Christians in Pakistan?” Other members post reminders that God alone will save their community. One post claimed that 3 out of 4 churches in Karachi’s Gujjar Nullah were destroyed during a recent anti-encroachment drive.

Last Sunday, Gospel TV and World News displayed clips of the members of a church group after being attacked by extremists. Blood could be seen on the bottoms of the men’s shalwar kameez. In an attack on September 7, 2021 on New Hope Church in the Sherkot area of Lahore, five women were injured, including a pregnant woman, and one man was shot twice in the leg. After the acts against Christians were aired, peace-loving Muslims offered words of sympathy and agreed that minorities are unsafe in the country.

In response to another video about an entire family that was terrorized by radicals in Lahore, a contributor to the private Facebook group wrote, “Every day this work is happening in Pakistan. All Christian families, God bless you. I will pray for you all.” The family in the video suffered beatings, and the women’s clothes were sliced open. The eldest woman in the footage cried as she explained what happened to her garments and how terrorists nearly killed her. A younger male, close to her, stood bleeding from a wound to the back of the head.

At this point, some Pakistani believers are trying to find ways out of the country, and several Christian leaders have inquired how they can emigrate to the United States.

According to historian Roger Ballard, the majority of Christians in Pakistan live in the Punjab province. He notes that Pakistani Christians have always carried a negative reputation among majority faiths who viewed their women as immodest due to their prior British influence. Ballard continues, “As a result, Punjabi Christians are still known insultingly as musalli, with the inference that they are still tainted as by their heritage as immoral, low caste, and permanently polluted eaters of beef.”

Incidents of brutality against Christians in Pakistan are increasing and require immediate action.

The United States can engage meaningfully on the issue, including by imposing financial consequences like increased sanctions against Pakistani officials who refuse to act on behalf of minorities within the country. It can also expand immigration quotas for Pakistani Christians who want to live in the United States. Expanding immigration could relieve Christian but it would fail to address the fundamental problem of minority persecution for those who stay behind. Therefore, financial consequences should work in tandem with the expansion of immigration quotas.

Though U.S. refugee acceptance is increasing, Business Insider doubts the country will hit its 2021 goal of 62,500. There is room for Pakistani Christians here. The U.S. should work to identify NGOs who can partner with the Office of Refugee Resettlement to assist Pakistanis with training, jobs, and housing once they enter the country. With the influx of Afghan refugees, the task will be complicated; however, the U.S. cannot treat Afghan and Pakistani Christians seeking refuge unequally. Pakistani Christians currently feel abandoned, and the U.S. has the resources to help.