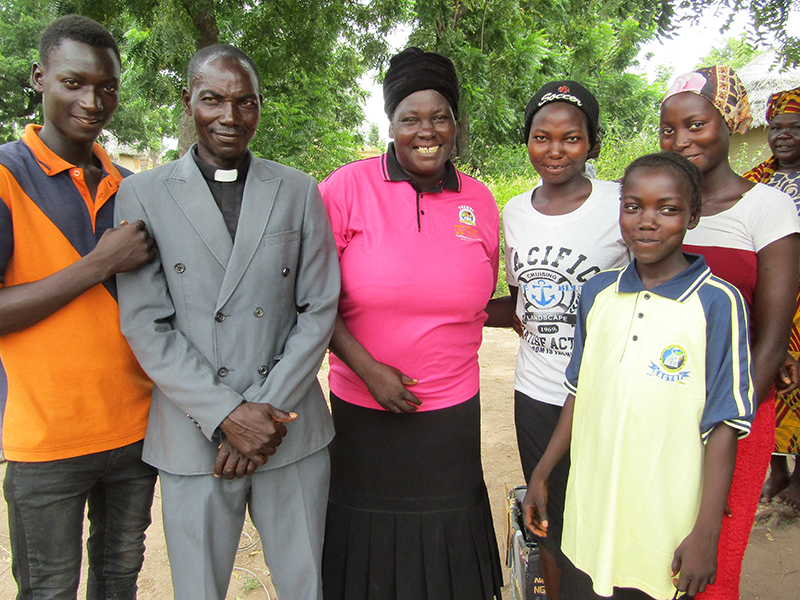 09/07/2021 Nigeria (International Christian Concern) – In Plateau State, Nigeria, the month of July brings heavy rains. It is a busy season for the area’s large farming community—crops must be planted and tended, and the rains must be plentiful if the harvest in September and October is to succeed. However, for one community in Plateau the rainy summer months were slightly different this year as they worked to recover after being attacked by Fulani militants in July.

To Ibrahim Isah the July attack was particularly sobering. He is a Fulani himself and converted to Christianity some time ago. He currently pastors the Evangelical Church Winning All (ECWA) in Jebbu Miango, near Plateau’s capitol city Jos. “My tribesmen came and destroyed by house by setting it on fire,” he told ICC. “I escaped, but my entire property was burned down.”

In addition to his pastoral duties, Isah coordinates the Christian Fulani Ministry in Kpachudu Miango and helped his community rebuild in the months after the attack. He spoke with ICC about the experience on a recent Sunday after leading his congregation in its the first Sunday service since the July attack which displaced over 5,000 residents and razed over 250 houses.

Participating in communion that Sunday were many displaced members of the church, including some who had fled to the suburbs of Jos for safety.

Pastor Gah Yohana spoke on Romans 8:28-39, reminding his listeners that “God will bring good things.” He encouraged his brokenhearted audience to keep trusting that God “shall in his time turn all things for the good of those who love him” and exhorted them to remember that, despite their harrowing experiences, nothing could separate them from the love of God.

Gah expressed dismay over a young man who publicly denounced his faith and urged Christians to remain resolute in the face of persecution, leaning on the hope found in the pages of the Holy Bible.

Reverend Danladi Chohu, who led communion, expressed satisfaction over the spiritual commitment of 41 widows who, though displaced, gathered their tithes together and sent them to the church board. Chohu described the widows’ act as one of “absolute dependence in God.”

The service had the air of a family reunion as the congregation expressed their appreciation to God for sparing their lives and prayed for God’s grace to overcome the agony of their experience.

Twenty-three kilometers from the service in Jebbu Miango, other churches in Maiyanga Kwall district could not worship due to fear of attack. “Our condition is so bad that if you saw it you would cry,” a church leader from Maiyanga Kwall said. Two ECWA churches and one Roman Catholic Church were burned down in that area recently.

Back in Miango, an ICC contact engaged with survivors of the attacks who have lost hope.

One of these survivors, Ruth Sunday, is the three-month-old survivor of an armed Fulani militia invasion in August that razed nine village, killed over seventy innocents, and destroyed significant swaths of farmland in the Kwall district of the Irigwe chiefdom in Bassa, Plateau State.

Ruth is the only child of the late Hannatu Joshua Yakubu from Maiyanga village. When Yakubu and several other women with her were discovered in their hideout, they begged the Fulani militants to have mercy on them and spare their lives. According to Ruth’s grandmother, who survived the incident and is presently receiving treatment, the militants responded that they were sent by their father on a noble mission to kill infidels.

Yakubu begged them to at least spare the life of her innocent child. The militants agreed, but said that the little girl would die of hunger in any case. After helping Yakubu remove the child from her back, they then shot her to death alongside the other women and children in the hideout. Ruth was discovered alive and returned to her father who is currently living with his in-laws because his own house was burned down.

Ruth is presently being cared for by her aunt who lives in the outskirts of Jos with her family. This aunt has three children herself and is a petit trader while her husband works as a bricklayer. They do not have much but promised to take care of the baby as best they could despite not being able to send their own children to school for lack of resources. An ICC contact in the area spoke with them and reported that the family is in urgent need of clothes, milk, diapers, toiletries, and a water flask.

Nigeria has long suffered at the hands of violent militants, especially in its Middle Belt region where militants have killed tens of thousands and displaced millions. Over the years, the Nigerian government has proved utterly ineffective against the violence and has a lack of care for the Christian community, which bears the brunt of the violence. The international community should pressure the Nigerian government to take persecution seriously.