Noah’s People: Reaching for the Stars 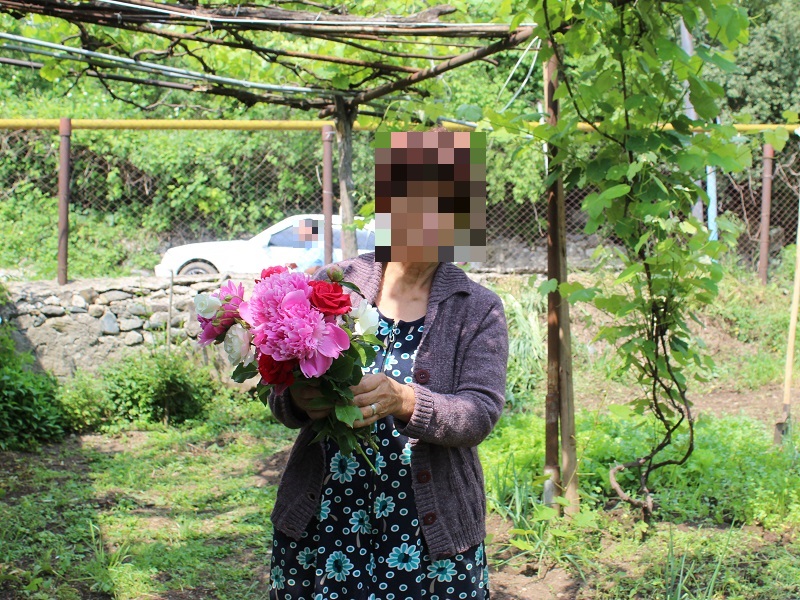 [vc_row][vc_column][vc_custom_heading text=”” use_theme_fonts=”yes”][vc_single_image image=”126087″ img_size=”full” add_caption=”yes” alignment=”center”][vc_column_text]08/26/2021 Washington D.C. (International Christian Concern) – Our hands scraped through the mud, sifting through the dirt. “I found one!” shouted our field staffer. He holds out his hand and cusped within it is a tiny stone shaped perfectly like a star. “These stones come out whenever it rains,” he explained, bending the knee in his quest to find more.

These stones are fossils that can only be found in Artsakh’s Astkhashen village (literally translating into “built from the stars”). The village is tucked into the mountains, resting at an altitude of over 3,000 feet. More prominent mountains tower in the distance; behind them rests Mount Ararat, where Noah’s Ark landed. Following the Flood, he descended the mountain and moved southward on the doorsteps of what is now Artsakh. The star stones serve as living reminders of the Flood: a sign that the rain may come, but one can still grasp the stars.

We found ourselves passing through Astkhashen to visit an elderly couple displaced from Hadrut, a region of Artsakh seized by Azerbaijan in violation of the November peace agreement. A meat grinder was tucked inside our taxi; we wondered if it would work upon our arrival. The rough dirt road jostled everything; the rain had made the road so muddy. We spoke of the chickens that we would provide—a restoration of the livelihood that they had once lost. Their grandson met us on the road, racing our car toward the house, mud splashing, and announced our arrival.

It was a long-anticipated visit. When we first heard Suren’s story, it was told in a way of jovial disbelief. He had told us, “Azerbaijanis had never lived in our village; it’s an Armenian village, [so] no one could have imagined that they would [ever capture it]. Then my son called and said that we must leave the village, the Azerbaijani forces are close, and that we had to leave. [So we fled].”

“Now, we live here. We do not know what is going to happen to us. We live here as a big family. Me, my wife, my son, and his family. But we want to get started; we want to keep animals again.”

Suren is a man of few words, but much hope. Speaking of their displacement left him completely in tears. For a time, the family was separated and couldn’t find each other. Suren remembered, “I could hardly find my wife. When I found her, I asked, ‘What are you doing here?!’ She said, ‘I don’t know. They displaced us!’”

Despite these circumstances, he hopes for a better future. He believes in it. That’s how he can laugh.

“I am daydreaming about coming back to my village. We are villagers and we are peasants. We did not want to live in a city,” he said. “I will run back.” Until then, they make every attempt at everyday life. His grandson is taking judo lessons. His daughter-in-law is sick and receiving treatment in Yerevan, but they stay in communication. They were excited for the chickens that ICC was providing, a restoration of not just a potential source of income, but also a sense of purpose. “God bless you. We really need the animals,” he shared.

Suren proudly displayed the large garden cultivated by both himself and his wife. Parsley was drying under the stoop, laundry flapped in the wind, and a rooster crowed in the background as the hens pecked at the dirt. His wife appeared with scissors, silently cutting rose clippings from the dozens of bushes around the house. Gathering the stems together, she offered the flower bouquet as a thank you gift. Hardship had rained upon Suren and his family, but flowers were blooming. New life was being created. All was not lost.

Flowers were present throughout many of the homes we visited. One displaced woman was living in a shelter that barely fit her bed. There was no room for kitchen supplies. She had food from the Red Cross, but no means to cook it. She owned nothing. But sitting on her windowsill was another bouquet of roses. From that window, she could see the city that used to be her home, now occupied by Azerbaijan. It was like a dark cloud of grief had settled there. But the roses graced the window, bringing the promise of new life despite those heavy clouds.

Stars, flowers, clouds, and rain—the natural components of Artsakh, the treasure of the Caucasus, and a jewel of Christianity.

The Armenians describe themselves as Noah’s people, for theirs is the region where Noah’s ark came to rest. Like Noah’s family, they have also lived through devastation (i.e., the 1915 genocide) and have had to rebuild their lives from scratch.

Like most Armenians in Artsakh, they are reaching the stars. For a new life despite all their recent devastation.

Here rests the opportunity to grasp the stars. And like those stones in Astkhashen, it is indeed something to marvel at.