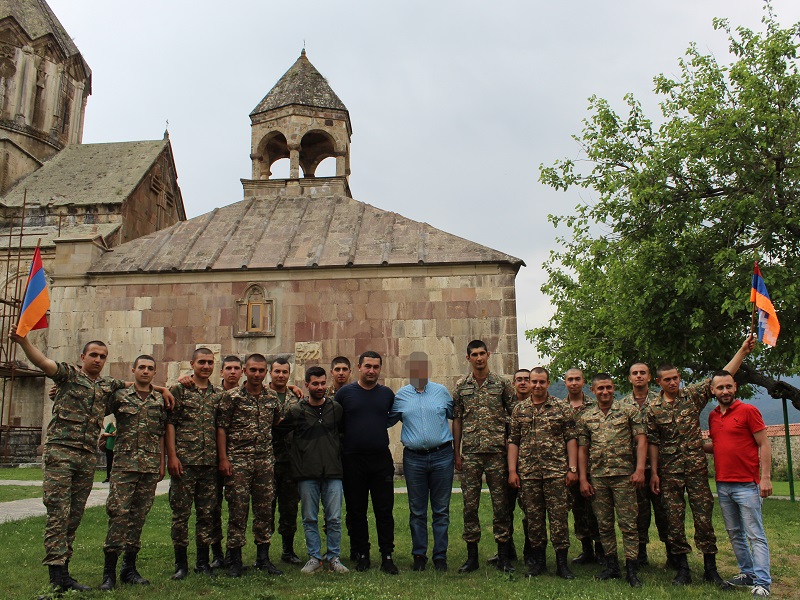 [vc_row][vc_column][vc_custom_heading text=”” use_theme_fonts=”yes”][vc_single_image image=”125773″ img_size=”full” add_caption=”yes” alignment=”center”][vc_column_text]08/12/2021 Washington D.C. (International Christian Concern) – The United States has long discouraged Americans from traveling into Artsakh, a warning that has only intensified after the recent war. The conflict stopped almost all international travel. So, traveling from the States, we knew there was a very good chance that we would not get in.

Prior to traveling into Artsakh, we spent the days in Yerevan, Armenia’s capital. Every journalist, humanitarian worker, researcher, and press person we met with emphatically told us the same thing: “You will never get into Artsakh.”

The Turks and the Azeris want to stop all travel into Artsakh, so they block everybody from getting in. They clearly don’t want the world to know what has happened.

Waiting in Yerevan, we braced ourselves for disappointment, but then the call came: we had been granted an entry permit! It was valid for only 24 hours, and we had to leave immediately.

The process to get into Artsakh took almost an entire day. As we passed through territory captured by Azerbaijan, we suddenly found ourselves confronted by the scars of war.

Soon afterward, we were stopped at the first of 12 checkpoints that we would have to pass through, staffed by the Russian military. The Russians are there as peacekeepers, keeping the Azerbainjanis (and Turkey’s transplanted ISIS fighters) from finishing off Artsakh’s Christians. It felt like a war zone, and the air was thick with the possibility of ignition. Tension gripped every sign of life.

The checkpoints were incredibly intimidating and we were repeatedly and forcefully asked, “Why have you come? What are you doing here?” Yet, somehow we were let through each Russian checkpoint. We couldn’t understand how it was happening, but it was. Finally, we made it through and into Artsakh.

We visited home after home of the victims of war. “Home” is the wrong word, however, for these were shelters, nothing more! None of the victims had belongings. Nothing that makes a shelter a home.

They fled the war with nothing: no identification cards, no items of sentiment, no clothes. One survivor we met with said, “I came out of there without anything, like being naked.” So many of those we met with told us the same thing.

As we drove around, our country representative asked us, “Can you see people’s faces? They still carry the war on them.”

A memorial was built in the middle of the city square. On one side were photos of churches captured during the war. On the other side were headshots of local men who died while trying to defend their homes. The memorial’s message was clear: the war came, and many died solely because they were Christians.

Back home, in meetings on Capitol Hill, many policy experts were amazed that we had gotten into Artsakh. They said, “No one can get in there. High-level UK politicians and press people can’t get in. How did you do it?”

Other government officials were equally blown away, saying that we had to have been approved by the top of the Russian Ministry of Defense to get past the military checkpoints. In response to their inquiries, we shrugged our shoulders, but inwardly we knew the answer.

“We are His people and the sheep of His pasture. (So) be on guard for yourselves and for all the flock (So we cry out) Save them, Lord! Be their shepherd and carry them. Prepare a table for them in the presence of their enemies; You are my witnesses, says the LORD (so) we must speak about the things which we have seen and heard.”