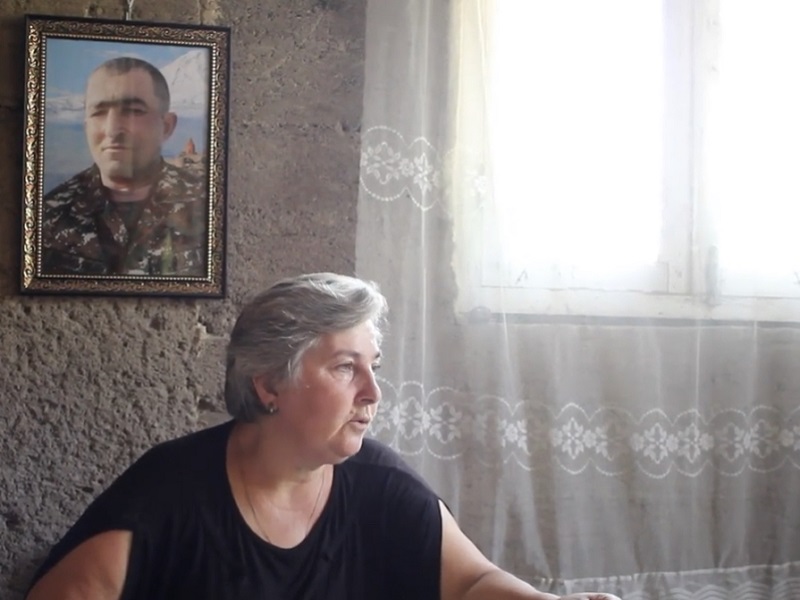 [vc_row][vc_column][vc_custom_heading text=”” use_theme_fonts=”yes”][vc_custom_heading text=”By ICC’s Field Correspondent” font_container=”tag:h6|text_align:left” use_theme_fonts=”yes” css=”.vc_custom_1627406731511{margin-bottom: 22px !important;}”][vc_single_image image=”125909″ img_size=”full” add_caption=”yes” alignment=”center”][vc_column_text]07/27/2021 Washington D.C. (International Christian Concern) – When fighting erupted between the countries of Armenia and Azerbaijan on September 27, 2020 over the ethnically Armenian majority Nagorno-Karabakh (Armenian: Artsakh), other ethnic Christians such as Assyrians joined in defending Artsakh. Ten ethnic Assyrian military soldiers, from as young as 18 years to as old as 59, were killed during the 44 days of heavy fighting; more than a dozen others were wounded.

Although a small community inside Armenia, the Assyrians rallied to the defense of the country that they have called home during the past two centuries. Being citizens of Armenia, they protected the land of Artsakh as their own and died as heroes. Military volunteer Vitalik Ionanov was one of them.

The 30-year-old man was born in the village of Verin Dvin, which is mainly populated by Assyrians. In 1998, Vitalik moved with his mother to Artsakh’s village of Gihut in the Kashatagh region, which is now under Azerbaijani control. The family had a large farm there and was engaged in cattle breeding.

Originally, Vitalik did not complete mandatory military service when he turned 18 years old because he has kidney problems. However, after learning about the war in Artsakh, he immediately left for frontline, assuring his mother that he would return in a few days. He did not tell anyone which volunteer detachment he went with, which would later hinder the search for him. When the war was over, his family found out that he was in Jabrail, on the edge of the border between Artsakh and Azerbaijan, defending against Turkish drones and rockets.

Vitalik’s sister Lola remembers the last conversation with her brother, “On September 29, I spoke with Vitalik. I said, ‘you are the only son of our mother, why are you going?’ His response was shocking, ‘Don’t do that! Any patriotic person would not give such an advice. You are my sister, I know you are a patriotic girl, and I am sure you love our country, how you could say that to me? Those who run away from this fight cannot be good guys. Nobody escapes from the war; this is our homeland.’

I responded, ‘Ah, what homeland do you and I have? We are Assyrians, we are stateless people, and our grandfathers just escaped Ottoman genocide and immigrated here to survive.’ He said, ‘Armenia has become our homeland, we were born and grew up on this land, we should never betray it. If I do not go today, tomorrow your children will be in danger.’”

The body of Assyrian soldier Vitalik Ionanov was searched for eight months after he went missing. Only a DNA test revealed his remains, which were handed over to his mother on May 19, 2021.

“My son said, ‘I cannot escape the war and save myself, I must go, mom,” says Mrs. Arina, Vitalik’s mother who currently resides in her native village of Verin Dvin where she rents an apartment, having lost her property. She said she never thought that one day she would never be able to return to her village in Artsakh, which had become her home. She left everything behind and escaped the last day before the Kashatagh region was completely occupied by the Azeris.

Mrs. Arina mourns the loss of her one and only son certainly, but at least she is “glad” that Vitalik has a grave where she can go and cry for him. The last time she heard her son’s voice was October 2nd, when Vitalik called her just for few seconds and said he cannot speak long, but that he wanted to hear his mom’s voice. He said that everything is absolutely fine with him, and soldiers like him are going to fight to protect Artsakh until the end. For eight months after that, Mrs. Arina was in uncertainty every day and night praying for her missing son to God.

According to Lola, the consequences of the war will make the entire population of Armenia mourn for a long time. “We all grew old regardless of age. I feel huge pain for all of Armenia because we lost a wonderful generation. Better guys may come to replace the ones which are gone, but still the vanished soldiers of the Artsakh war were our golden generation.”