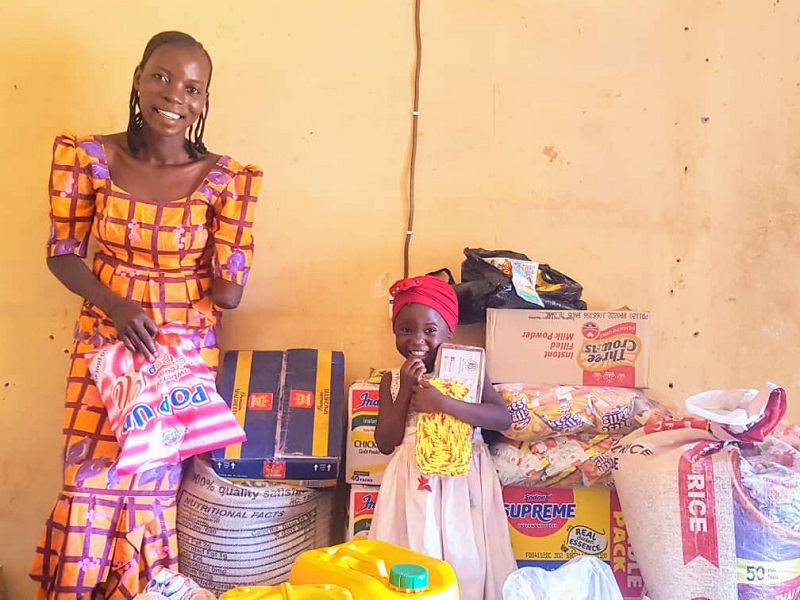 [vc_row][vc_column][vc_custom_heading text=”” use_theme_fonts=”yes”][vc_single_image image=”125252″ img_size=”full” add_caption=”yes” alignment=”center”][vc_column_text]07/12/2021 Washington D.C. (International Christian Concern) – In 2019, Rahlia’s life turned upside down when Fulani militants stormed into her village in Kaduna State, Nigeria. When the dust settled, 70 people were killed and many more were injured, including Rahlia herself. Two years later, the physical and emotional scars of the attack remain.

During the chaos of the attack, Rahlia’s 5-year-old son became confused and ran away. When Rahlia, who was pregnant at the time, realized that her son was missing, she hoisted her 3-year-old daughter onto her back, cried out to Jesus, and began searching. Eventually she caught up to her son, but as they sought shelter together, the militants surrounded them. Tragically, the attackers fatally shot Rahlia’s young son, cut off Rahlia’s hand, and slashed her daughter who thankfully survived.

In the aftermath of the attack, Rahlia was left grieving in a village that was reduced to rubble. In order to support this young family until they get back on their feet, ICC provided her with food staples such as rice, beans, maize, sugar, and milk, as well as diapers.

While providing for Rahlia’s immediate needs, this assistance will also alleviate the burden of care on the shoulders of her already struggling community. Although we can’t bring back Rahlia’s son, it is our prayer that this gift helps Rahlia and her family feel less alone as they walk through a season of grief.

Rahlia expressed, “I am very grateful for the items purchased. I pray that God will continue to bless your organization, the staff, and everyone who supported us. I promise to make good use of the items purchased and to work hard to multiply it and to support my daughter and her well-being.”