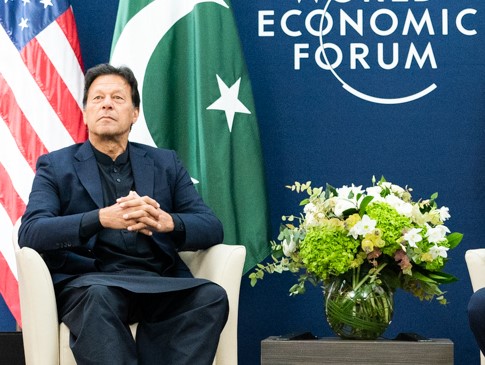 06/23/2021 Canada (International Christian Concern) – A Canadian-based NGO is calling for the removal of a CBC interview with Pakistani Prime Minister Imran Khan. The group, Canadian Aid to Persecuted Christians, called the interview “deeply offensive, traumatic and appalling.” The interview focused on the Prime Minister’s concern over anti-Muslim sentiments, while ignoring Pakistan’s own dismal human rights record and the atrocious abuse of non-Muslim minorities throughout Pakistan.

Over the last few months, international pressure has mounted against Prime Minister Khan and Pakistan surrounding the country’s notorious blasphemy law and the ongoing systemic persecution of Christians and other religious minorities.

Earlier this year, the United States Commission on International Religious Freedom once again recommended that Pakistan be labeled a Country of Particular Concern by the Department of State, citing the rising levels of persecution and decline of religious freedom.

Prime Minister Khan has vigorously defended the blasphemy law and called on other countries, especially in the West, to adopt similar laws.

Hardliners like Khan use the blasphemy law and in the implied self-censorship to oppress religious minorities like Christians, Hindus, Ahmadiyya Muslims, and others. The law essentially functions as a muzzle on religious minorities, who live in fear of being merely accused of blasphemy, rendering such minorities socially, politically, and economically powerless.