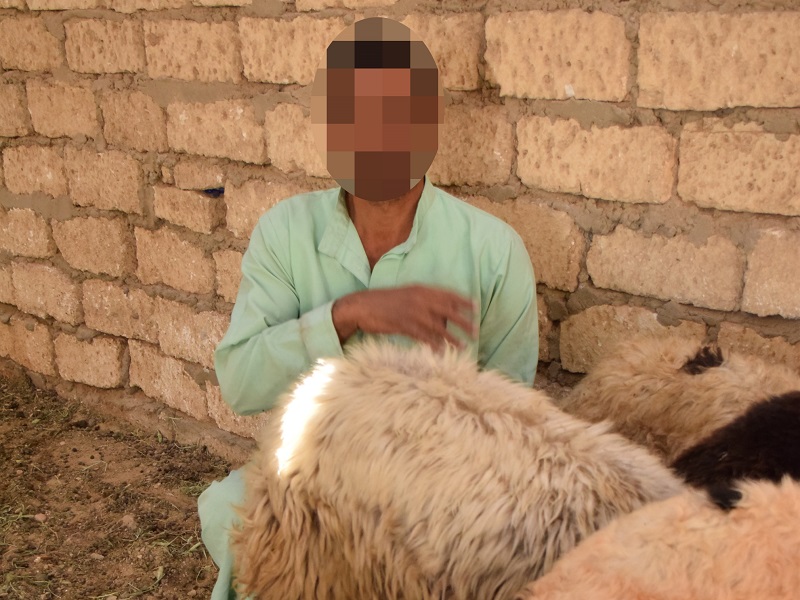 “It was a hard time,” Akl’s mother said. “The people were humiliating us after my son was on the roof [and] his mobile phone fell into another house. A Muslim girl in the home screamed; her brother noticed and ran to catch my son. Extremists surrounded my son, stripped him of his clothes, and beat him”

The church leaders intervened and tried to calm down the Muslims who accused Akl because he is a Coptic Christian. The village leaders forced the Muslim elders to have a “reconciliation meeting,” which resulted in Akl’s family being expelled from the village.

“My son stayed in the prison for three days,” Akl’s mother said. “We were shamed and he was oppressed so we left the village.”

Unfortunately, Akl’s village is home to ex­tremists who constantly harass Copts there. Copts are often forced to flee to surrounding villages where they can live in peace. Akl’s family moved to a village in the desert filled with displaced Copts who faced similar per­secution.

Akl’s father has a background in raising sheep. To help provide for Akl’s family in their new home, ICC stepped in to provide a small flock.

“Thanks to this project, I have bought seven sheep,” Akl’s father said. “In the next year, I want to raise them well and prepare them for breeding.”

Please pray for the ongoing safety of this fam­ily and for other Christians who have fled their villages.