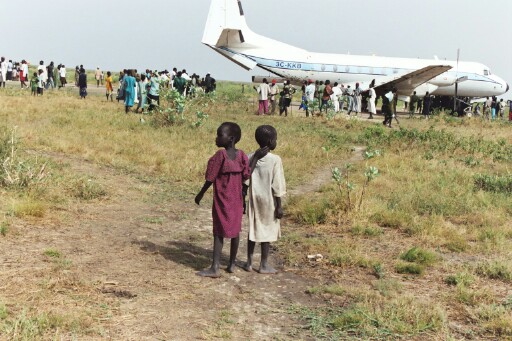 According to the report, there are now over 700,000 internally displaced persons (IDPs) In Mozambique, and almost 3,000 people have been killed due to increasing insecurity by jihadist groups.

Pilot Dave Holmes with AA in Mozambique told Mission Network News, “Since 2017, the northern province of Cabo Delgado has been experiencing a build-up of insurgency… Then, on March 24th of this year, the group conducted a pretty significant attack on a city named Palma. It is in an area where one of the largest liquid natural gas projects in the world is currently being developed. In that attack, several ex-pat contract workers were killed, and that put Mozambique in international headlines.”

Holmes continued, “The people that were able to flee during that attack on March 24 were able to go hide out in the bush and many of them were there for two weeks or more. With hospitals and clinics closed and even some of them being destroyed, there’s no way to care for the sick or injured people. In addition, normal food supplies have not been able to reach the people in the area and some people are literally starving.”

Holmes requests that Christians pray for MAF’s continued operations, and cites Ephesians 6:12, reminding us that “our struggle is not against flesh and blood and that there are definitely some forces that don’t want us to continue the work that the Lord has put in front of us.”

As Christians, we know that our battle is won through Christ alone. We ask that you join us in praying for the Lord to bring peace to Mozambique, to strengthen the governments protection over its people, and to heal the trauma that thousands have had to endure. We also ask that you pray for the perpetrators of terror attacks, that they will be blessed with knowing the truth of the gospel and accept Jesus as their savior.