Once a Muslim Psychic, Now a Child of God 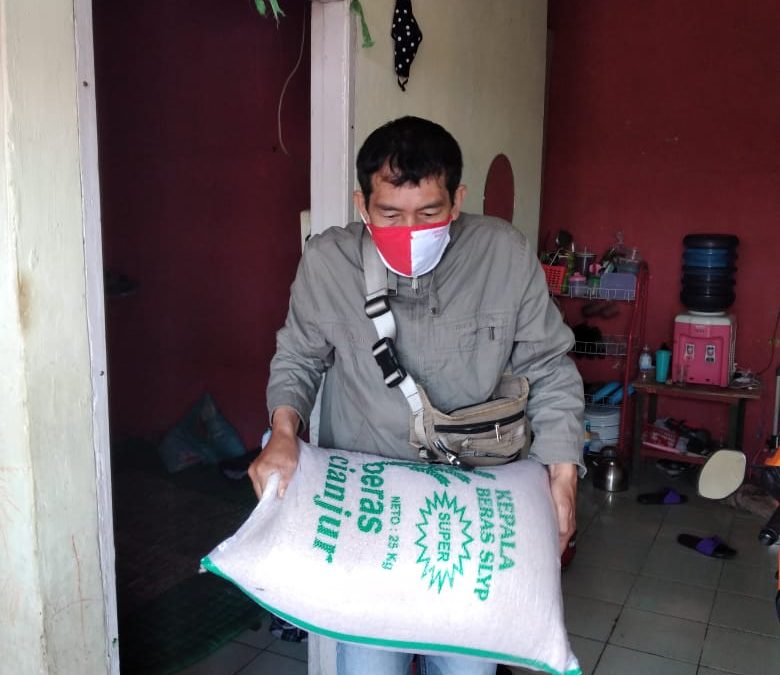 05/19/2021 Indonesia (International Christian Concern) – This is the story of Wayan, a father of five children, a Muslim since birth, and his journey to know the Savior.

Wayan is a well-known psychic. His fame attracts clients from near and far, starting from West Java to other islands. The wealth he collects gives him and his family financial stability. While he lived a quiet and secure life, appreciated by many, one day, he was visited by a guest.

A man named Koyo told Wayan how to be saved. Wayan was shocked by this claim, because he thought, the one who needed to be pitied and saved was not Wayan but Koyo himself. In Wayan’s opinion, Koyo’s life will end in hell. Their discussion evolved into heated debates since Wayan wondered, “Who is he? How could he advise me and offer salvation from the Bible?“

For almost three months, Koyo came and discussed the Bible with Wayan every week. Wayan became confused, as he did not know what truth is anymore. Seeing his doubt, Koyo advised him to ask “Allah” for guidance, which is the true God. Wayan contemplated and fasted. Wayan committed to pray at night for three weeks. On a Friday night, Wayan had a dream where a lion appeared in front of him, blocking his way. Suddenly, he heard a voice, “Hey, you want to beat the lion?”

The voice told him to point his index finger and say the name “Yeshuah Almasih” (which means Jesus). Wayan did so as suggested. Suddenly, the lion’s eyes flew out and it immediately rolled to its death. Soon, from the belly of the dead lion came many people who quickly fainted. Wayan moved to help them.

The other night, Wayan had another dream, where he saw a wide and straight path near a stream of water. Wayan asked the passersby where to go. They answered, “This is the road to Isa Almasih (another name for Jesus).” When Wayan looked at the end of the road, there was a mountain surrounded by clouds. Wayan dreamed of this scene three times.

After these dreams, Wayan had an urge to ask for a Bible. Wayan started reading the Bible given to him by Koyo. From then on, Wayan’s desire to convert to Christianity and be baptized grew.

But it was not easy. His wife did not agree nor support his decision. He was, however, determined. Finally, Wayan was baptized and joined the fellowship at Koyo’s house.

When Wayan returned home, he was scolded and ignored. He remained patient and attempted to live a new life according to what is written in the Bible. Over time, his wife saw that Wayan’s attitude has changed and continues to change. She had a change of heart and said she wanted to become a Christian too.

A month following his wife’s baptism, Wayan’s son became interested in the Christian faith. Gradually, Wayan, his wife, and two of their children became followers of Jesus, while the other three remain Muslim.

Four months later, news about Wayan’s conversion spread. The public learned about it because someone shared it on Facebook, claiming that Wayan’s family had sold their faith for six million rupiah (US$420) and receive a salary of 2 million rupiah (US$140) per month.

The neighbors were infuriated upon reading the news. Wayan and his family faced protests on a large scale – they were beaten, kicked, spat on, and evicted. Besides, Wayan was tried at his home by religious leaders, the police, the village head, the FPI (Islamic Defenders Front, a hardline Islamic organization), and by MUI (Indonesian Ulema Council, Indonesia’s top Muslim clerical body).

Wayan was repeatedly interrogated and threatened. People told him that if he wants to be safe, he must return to Islam again. He will receive capital and other livelihood assistance, but Wayan refused.

As a result, there was an impending expulsion. If Wayan did not leave his village, he would be assaulted by two mass organizations the next day. He heard that his house would soon be destroyed and attacked by mobs. Angry local residents already had a fight with him. Wayan’s hand was bleeding. His legs and stomach were also in pain. That evening, Wayan left his house and never returned.

All these accusations are baseless. Wayan was never paid for his newfound faith. He was not bribed into Christianity.

The truth is, following the Messiah, one has to pay a price. Wayan lost his home, his reputation, and his opportunities. All his relatives and friends were disgusted and hated him. According to them, Wayan had apostatized and became a devil worshiper. But through it all, Wayan still had peace and joy in his heart.

Wayan realized that life is about carrying out the Great Commission. He believes that God would help those who came to Him. Nowadays, Wayan always visits his unbelieving parents, siblings, and children, to convey the Great Commission through disciple training courses such as DMM (Discipleship Making Movement) and DBS (Discovery Bible Study). Wayan left all the occultism practices behind since he started following Jesus, though it cost him almost everything. Yet God is faithful.

A proof of God’s goodness was when ICC stepped in to help Wayan. ICC provides the house rental for Wayan and his family after they were kicked out from their village. Now they are selling basic food items from their home. Customers call and place order for them to deliver the goods. With this business model, Wayan utilizes the delivery opportunity to build relationships with his customers and share the Good News with them.

Wayan told ICC, “Because of this decision [to convert], I face rejection and have to suffer. This is the result of my choice. But I have no regrets. God is really good through my spiritual leaders, and they led me to the truth. And God sent ICC to help us with our housing so we can become independent. I am very grateful.”

To this day, God remains steadfast in looking after Wayan and his family. Wayan continues to follow Jesus and hopes that one day his entire family and neighbors can come to Christ as well.