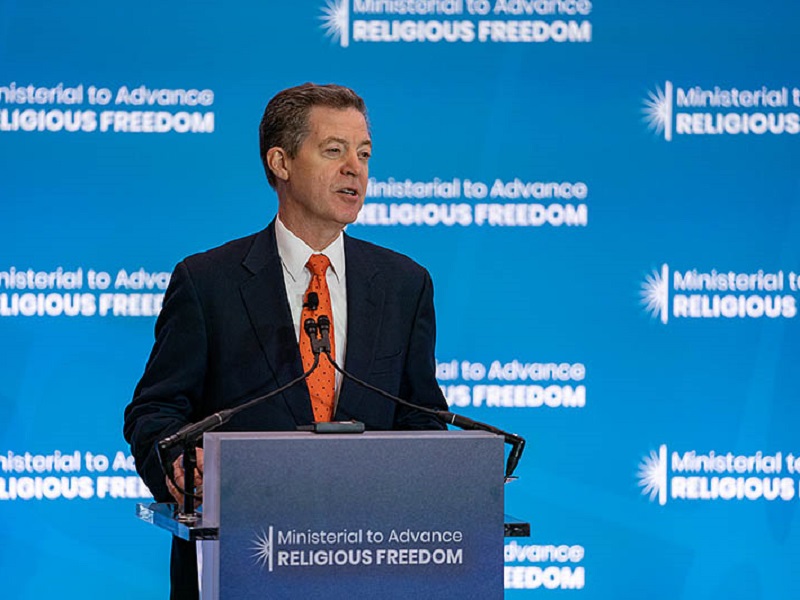 The Summit is supported by more than 40 diverse partners, including the Religious Freedom Institute, Uyghur Human Rights Project, American Hindu Foundation, United States Conference of Catholic Bishops and Alliance Defending Freedom, among others. It aims to bring greater attention to religious freedom violations and to create a powerful coalition to advance religious freedom around the world.

This civil society-led International Religious Freedom Summit will build on the movement started by the government-led ministerials.

Registration and accommodations are available here.

International Religious Freedom Summit 2021 is convening a powerful, broad coalition of religious and civil society groups to advocate for religious freedom for all people, everywhere at all times.

Samuel Brownback served as the U.S. Ambassador-at-Large for International Religious Freedom from 2018 to 2021.

Gayle Manchin is Chair of the United States Commission on International Religious Freedom.