Vu A Sua Family in Vietnam 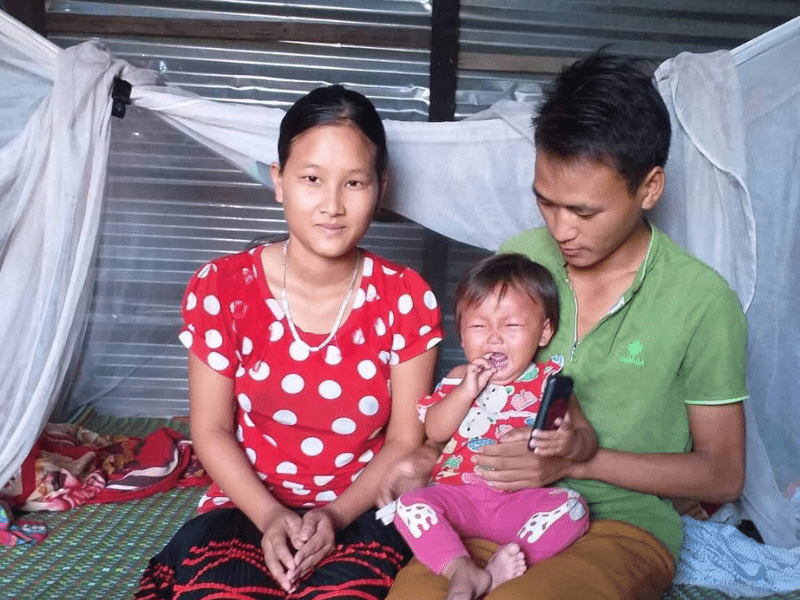 [vc_row][vc_column][vc_single_image image=”123612″ img_size=”full” add_caption=”yes” alignment=”center”][vc_column_text]04/19/2021 Vietnam (International Christian Concern) – Due to systemic persecution by their government, many Hmong Christians in the Northern Highland of Vietnam have fled their native living areas. The Sua family was one of them.

When local law enforcement arrested Vu A Sua they beat him, hung him by ropes to the house’s beam to force him to give up his religious belief. The village elder slapped Vu A Sua 6 times and blew red pepper smoke into his eyes.

They told the victim that the Vietnamese Communist Party founder Ho Chí Minh had built the nation, including all the cropland, and therefore this leader deserved to be followed instead of Jesus. He refused, so they took possession of his property and left the family with nothing.

Vu A Sua called local law enforcement for help but officers advised him to follow the perpetrators’ wish and recant his faith. Disappointed, he made a claim to a different level of government offices for help.

Yet, no government offices showed concern for his situation or responded to his claim.

On top of this, the victims’ brothers and cousins who disapproved of his being a Christian came and took the rest of the family’s possessions.

“Because my relatives took all my properties, I could only sell a few sacks of rice, gathering barely enough money for our escape,” Vu A Sua said.

ICC and our partners have provided the family with a small lot of farmland on which they can grow their own rice and have a more sustainable food supply. With the Lord’s provision through your generous giving, we also bought seeds, tractor service, and hand tools for them.

The family is now free from worrying about their daily food supplies and set to harvest in May of 2021. Join us in praying for this new start for the Sua family and for their continued faith in Jesus Christ.[/vc_column_text][vc_column_text css=”.vc_custom_1612362946942{margin-bottom: 0px !important;}”]